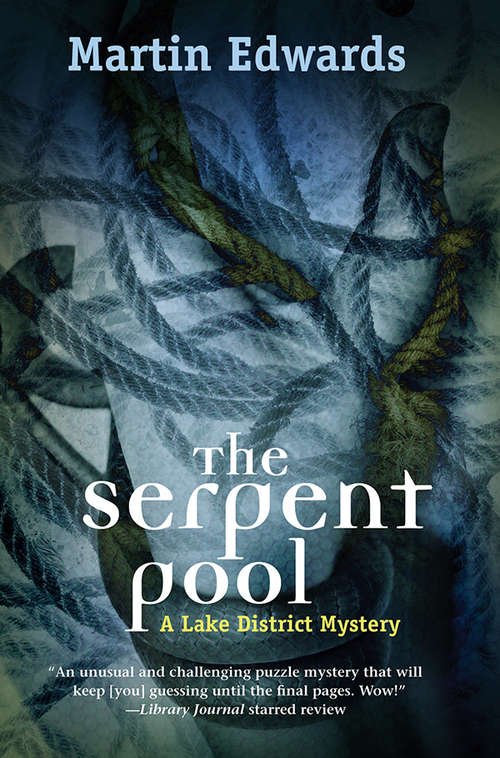 Seven years ago, Bethany Friend was found drowned in mere inches of water in the lonely Serpent Pool in England's Lake District. Was it suicide or murder? Now, determined to win justice for Bethany's dying mother, DCI Hannah Scarlett of the Cold Case Squad re-opens the case.

But Hannah has problems of her own: a new sergeant with a reputation for causing trouble, a new house close to the Serpent Pool, and new cause to doubt her partner, second-hand book-seller Marc Amos. Worried by dwindling finances and the horrific death of one of his best customers, Marc finds him-self drawn to the lovely and enigmatic Cassie Weston, who works in his shop.

Then, at a party, Hannah meets Louise Kind, sister of historian Daniel Kind, and is drawn into a troubling new case. Louise, who lives with book collector and lawyer Stuart Wagg, has appeared on her brother's doorstep at Tarn Cottage, telling him she struck Wagg with a knife. Alarmed, Daniel rushes to Wagg's home, but the lawyer has disappeared. Searching for the supposed victim, Hannah and Daniel--who is researching the brilliant, opium-addicted 19th-century English writer Thomas De Quincey--encounter dark secrets and strange obsessions that oddly echo De Quincey's drug-fueled writings.