Journey to the Arctic 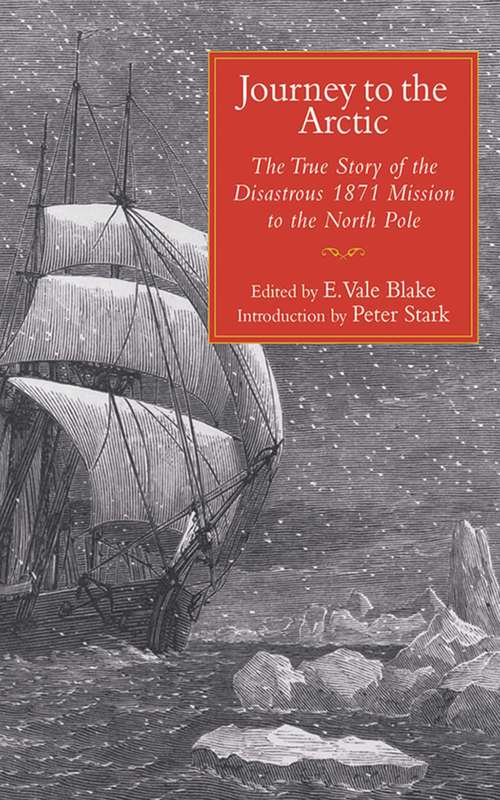 “While floating down on the ice-floe, in the midst of dirt and darkness, hungry and cold… I wondered at myself that I could have learned, in a few short months, to have eaten such things, and submitted to such practices, as but few civilized persons have ever been called to endure.”In June of 1871, navigator George E. Tyson and the Polaris sailed forth from New York to pursue an American dream—to be the first expedition to explore the icy waters of the North Pole. Led by Captain Hall, veteran Arctic explorer, and funded with a $50,000 grant from the U.S. Congress, it seemed the Polaris would not fail. But the voyage was doomed from the start: impassable ice-floes, a crew that couldn’t get along, and eventually the poisoning and untimely death of Captain Hall. Finally, as winter approached, Tyson and half the crew found themselves stranded on the Arctic ice, incapable of reconnecting with their ship. They would not be rescued for six months. Through Tyson’s detailed notes and a journal written upon the ice, Journey to the Arctic tells the harrowing tale of survival, slow starvation, and of men turned wild in frigid climes.This definitive edition includes original engravings of the explorers and their findings, charts and maps of their journey, and a new introduction by famed adventure essayist and Arctic exploration expert Peter Stark.