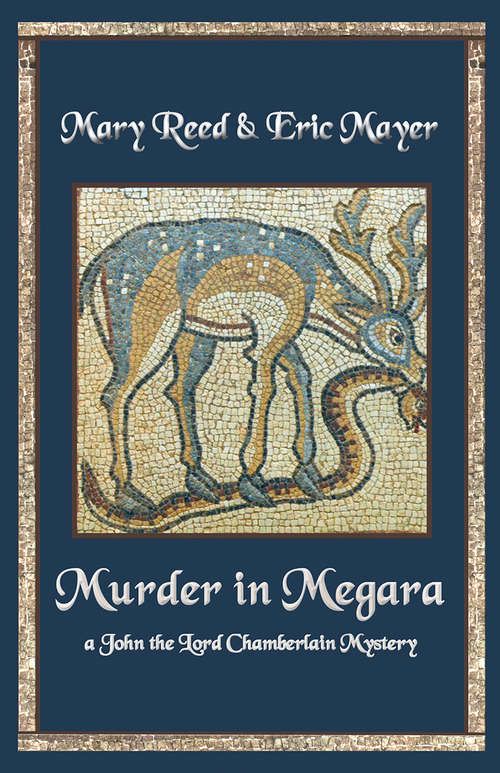 John, former Lord Chamberlain to Emperor Justinian, has been exiled from Constantinople to a rustic estate John has long owned in Greece, not far from where he grew up. But exile proves no escape from mystery and mayhem. The residents of nearby Megara make it plain John and his family are unwelcome intruders. His overseer proves corrupt. What of the other staff - and his neighbors?

Before long, John finds himself accused of blasphemy and murder. Now a powerless outsider, he's on his own, investigating and annoyingly hampered by the ruthless and antagonistic City Defender who serves Megara as both law enforcer and judge. Plus there's that corrupt estate overseer, a shady pig farmer, a servant's unwelcome suitor, a wealthy merchant who spends part of his time as a cave-dwelling hermit, and the criminals and cutthroats populating such a seedy port as Megara.

Complicating matters further are two childhood friends whose lives have taken very different paths, plus the stepfather John hated. John realizes that in Megara, the solution to murder does not lie in the dark alleys where previous investigations have taken him, but in a far more dangerous place - his own past. Can he find his way out of the labyrinth of lies and danger into which he has been thrust before disaster strikes and exile turns into execution?