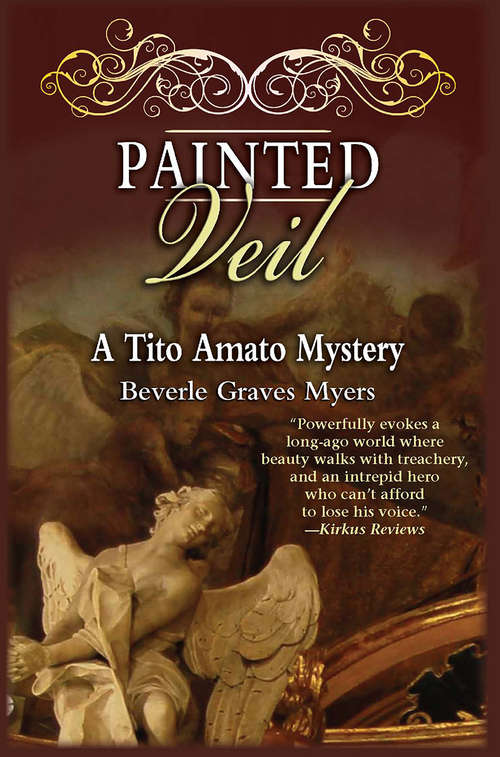 Venice, 1734. Singer Tito Amato has let fame go to his head. Neglecting his vocal practice for dubious pleasures, Tito finds himself demoted to secondary roles and overshadowed by a visiting star. When the murder of scene painter Luca Cavalieri threatens to close the opera house, Tito jumps at the chance to regain his worth by finding the killer.

Strained relations between Venice's Jewish and Christian inhabitants throw suspicion on members of a Jewish ghetto family that produces masks for the theater. But a mysterious veil that Tito finds in Luca's lodging leads him in a different direction. Assisted by Augustus Rumbolt, an Englishman making his Grand Tour, Tito is soon on the trail of Dr. Palantinus, a masked figure who heads a secret society that charges exorbitant fees to partake of its enticing rituals.

Who wears the mask of Palantinus? The director who guides Tito to operatic triumph, the fastidious nobleman charged with making the theater profitable, a fiery contralto, or the stage manager who hides a double life? The hunt pierces the treacherous depths of the city, one dedicated to masquerade and pleasure. A city where ancient hatreds thrive and cultures uneasily coexist--a city where opera is the stuff of daily life.