The Education of a British-Protected Child 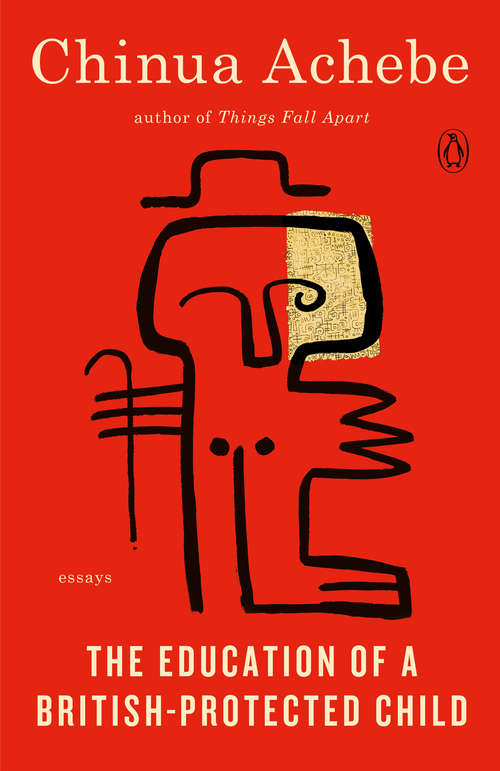 Chinua Achebe is one of the towering figures in world literature, whose writing forged new ways of expression and overturned perceptions of Africa permanently. This unprecedented volume of autobiographical essays, many of which have never been published before, is one of his most powerful and personal works to date.  The pieces here span reflections on personal and collective identity, on home and family, on literature, language and politics, and on Achebe's lifelong attempt to reclaim the definition of 'Africa' for its own authorship. For the first thirty years of his life, before Nigeria's independence in 1960, Achebe was officially defined as a 'British Protected Person'. In 'The Education of a British-Protected Child' he gives us a vivid, ironic and delicately nuanced portrait of growing up in colonial Nigeria and inhabiting its 'middle ground', interrogating both his happy memories of reading English adventure stories in secondary school and also the harsher truths of colonial rule.  In some pieces Achebe's extraordinary family come to the fore, such as 'My Dad and Me' and 'My Daughters'. Here too are writings on Achebe's complex and often tense relationship with his native land over the last half-century, such as 'What is Nigeria to Me?', which criticizes the failures of the post-colonial nation. There are also many opinionated and heartfelt political pieces tackling racism and the world's view of Africa, such as 'Travelling White', describing his experiences of segregation on buses in Rhodesia, and 'Africa is People', a positive call for the West to cancel Third World debt.  Infused with wry, self-deprecating wit, honesty and passion, these writings give us a new and unique insight into Achebe the writer, and the man.