Counterfeit Itineraries in the Global South 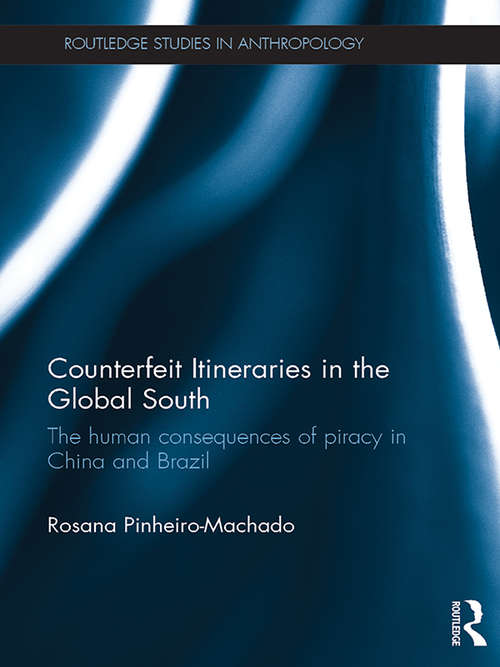 At the end of the 1970s, Chinese merchandise moved to Brazil via Paraguay, forming an on-the-margins-of-the-law trade chain involving the production, distribution, and consumption of cheap goods. Economic changes in the twenty-first century, including the enforcement of intellectual property rights and the growing importance of emerging economies, have had a dramatic effect on how this chain works, criminalizing and dismantling a trade system that had previously functioned in an organized form and stimulated the circulation of goods, money, and people at transnational levels.

This book analyses how exchange networks that produced, distributed, and sold cheap manufactured products animated a huge and vibrant system from China to Brazil, examining the process at global, national, and local levels. From a global perspective, intellectual property is a powerful discourse that governs the world system by framing the notion of piracy as a criminal activity. But at the national level, how do nation-states resist and/or endorse, interpret, and apply a global perspective? And what effect does that have on how ordinary people organize their lives around this system? Interweaving discourse on transnational traders and producers, national projects, and international institutions, Counterfeit Itineraries in the Global South presents low-income traders not as passive victims of globalization, but as active actors in the distribution of cheap goods across borders in the Global South.

Based on fifteen years of ethnographic field work in China and Brazil, Counterfeit Itineraries in the Global South will be of interest to scholars of economic anthropology, development studies, political economy, Latin America studies, Chinese studies, and socio-legal studies.