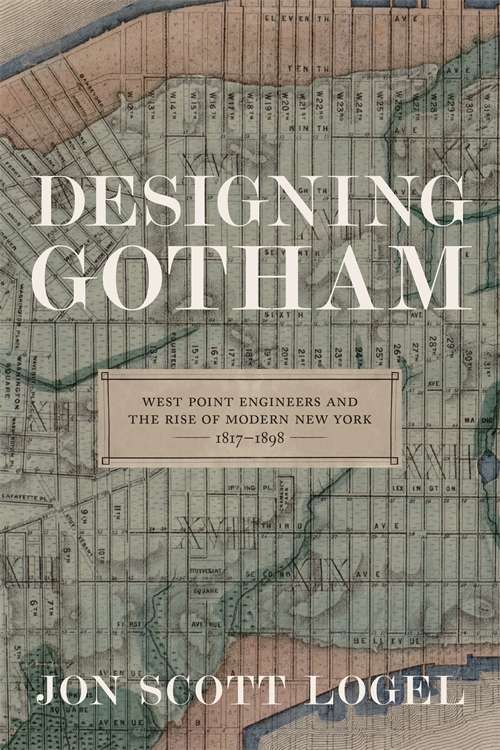 Between 1817 and 1898, New York City evolved from a vital Atlantic port of trade to the center of American commerce and culture. With this rapid commercial growth and cultural development, New York came to epitomize a nineteenth-century metropolis. Although this important urban transformation is well documented, the critical role of select Union soldiers turned New York engineers has, until now, remained largely unexplored. In Designing Gotham, Jon Scott Logel examines the fascinating careers of George S. Greene, Egbert L. Viele, John Newton, Henry Warner Slocum, and Fitz John Porter, all of whom studied engineering at West Point, served in the United States Army during the Civil War, and later advanced their civilian careers and status through the creation of Victorian New York.These influential cadets trained at West Point in the nation’s first engineering school, a program designed by Sylvanus Thayer and Dennis Hart Mahan that would shape civil engineering in New York and beyond. After the war, these industrious professionals leveraged their education and military experience to wield significant influence during New York’s social, economic, and political transformation. Logel examines how each engineer’s Civil War service shaped his contributions to postwar activities in the city, including the construction of the Croton Aqueduct, the creation of Central Park, and the building of the Brooklyn Bridge. Logel also delves into the administration of New York’s municipal departments, in which Military Academy alumni interacted with New York elites, politicians, and civilian-trained engineers. Examining the West Pointers’ experiences—as cadets, military officers during the war, and New Yorkers—Logel assesses how these men impacted the growing metropolis, the rise of professionalization, and the advent of Progressivism at the end of the century.