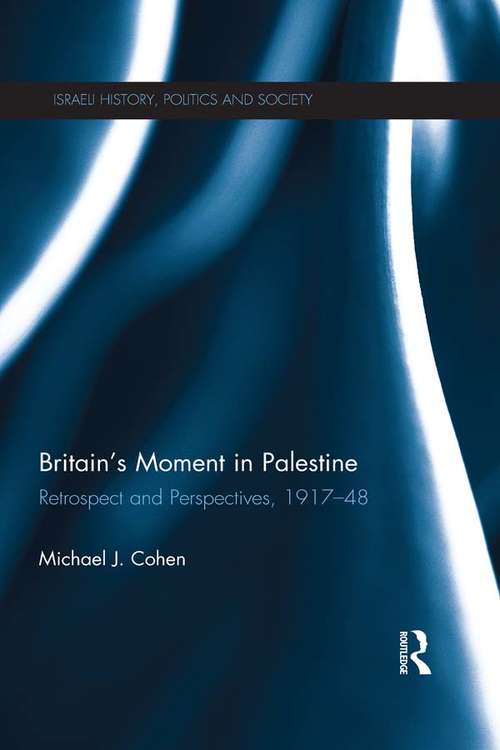 In 1917, the British issued the Balfour Declaration for military and strategic reasons. This book analyses why and how the British took on the Palestine Mandate. It explores how their interests and policies changed during its course and why they evacuated the country in 1948.

During the first decade of the Mandate the British enjoyed an influx of Jewish capital mobilized by the Zionists which enabled them not only to fund the administration of Palestine, but also her own regional imperial projects. But in the mid-1930s, as the clouds of World War Two gathered, Britain’s commitment to Zionism was superseded by the need to secure her strategic assets in the Middle East. In consequence she switched to a policy of appeasing the Arabs. In 1947, Britain abandoned her attempts to impose a settlement in Palestine that would be acceptable to the Arab States and referred Palestine to the United Nations, without recommendations, leaving the antagonists to settle their conflict on the battlefield.

Based on archival sources, and the most up-to-date scholarly research, this comprehensive history offers new insights into Arab, British and Zionist policies. It is a must-read for anyone with an interest in Palestine, Israel, British Colonialism and the Middle East in general.