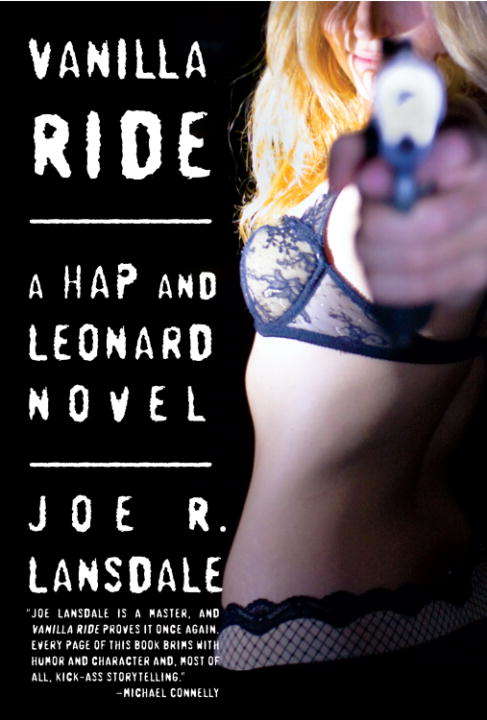 In this Texas-sized thriller, Hap Collins and Leonard Pine--best friends, freelance troublemakers, and tough guys with good intentions--find themselves in the crosshairs of the Dixie Mafia. Hap is an East Texas smart mouth with a weakness for southern women. Leonard is a gay, black veteran pining for a lost love. They're not the makings of your typical dynamic duo, but never underestimate the power of a shared affinity for stirring up trouble and causing mayhem. When an old friend asks Leonard to rescue his daughter from an abusive, no-good drug dealer, he gladly agrees and, of course, invites Hap along for the fun. Even though the dealer may be lowly, he is on the bottom rung of the Dixie Mafia, and when Hap and Leonard come calling, the Mafia feels a little payback is in order. Cars crash, shotguns blast, and people die, but Hap and Leonard come out on top. Unfortunately for them, now they're facing not only jail time but also the legendary--and lethal--Vanilla Ride, who is still out to claim the price on their heads. Full of twists and turns, gunfire and gaffes, this hilarious, rip-roaring novel will have readers turning the pages faster than a Texas tornado.