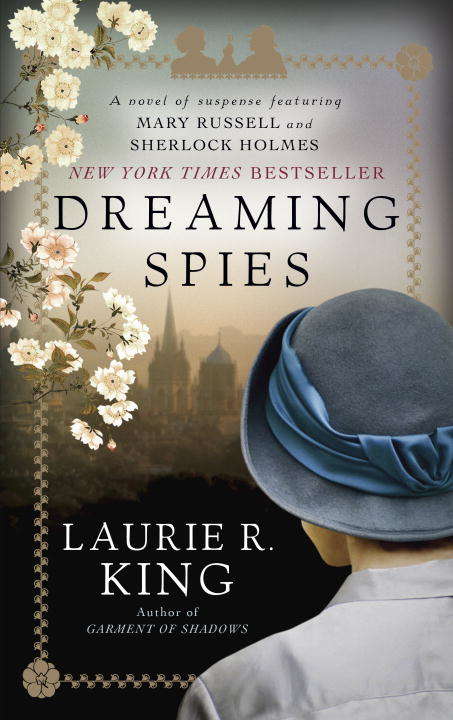 Laurie R. King's New York Times bestselling novels of suspense featuring Mary Russell and her husband, Sherlock Holmes, are critically acclaimed and beloved by readers for the author's adept interplay of history and adventure. Now the intrepid duo is finally trying to take a little time for themselves--only to be swept up in a baffling case that will lead them from the idyllic panoramas of Japan to the depths of Oxford's most revered institution. After a lengthy case that had the couple traipsing all over India, Mary Russell and Sherlock Holmes are on their way to California to deal with some family business that Russell has been neglecting for far too long. Along the way, they plan to break up the long voyage with a sojourn in southern Japan. The cruising steamer Thomas Carlyle is leaving Bombay, bound for Kobe. Though they're not the vacationing types, Russell is looking forward to a change of focus--not to mention a chance to travel to a location Holmes has not visited before. The idea of the pair being on equal footing is enticing to a woman who often must race to catch up with her older, highly skilled husband. Aboard the ship, intrigue stirs almost immediately. Holmes recognizes the famous clubman the Earl of Darley, whom he suspects of being an occasional blackmailer: not an unlikely career choice for a man richer in social connections than in pounds sterling. And then there's the lithe, surprisingly fluent young Japanese woman who befriends Russell and quotes haiku. She agrees to tutor the couple in Japanese language and customs, but Russell can't shake the feeling that Haruki Sato is not who she claims to be. Once in Japan, Russell's suspicions are confirmed in a most surprising way. From the glorious city of Tokyo to the cavernous library at Oxford, Russell and Holmes race to solve a mystery involving international extortion, espionage, and the shocking secrets that, if revealed, could spark revolution--and topple an empire. Praise for the award-winning novels of Laurie R. King "The great marvel of King's series is that she's managed to preserve the integrity of Holmes's character and yet somehow conjure up a woman astute, edgy, and compelling enough to be the partner of his mind as well as his heart."--The Washington Post Book World "The most sustained feat of imagination in mystery fiction today."--Lee Child "A lively adventure in the very best of intellectual company."--The New York Times "Erudite, fascinating . . . by all odds the most successful re-creation of the famous inhabitant of 221B Baker Street ever attempted."--Houston Chronicle "Intricate clockworks, wheels within wheels."--Booklist (starred review) "Imaginative and subtle."--The Seattle Times "Impossible to put down."--Romantic Times "Remarkably beguiling."--The Boston Globe