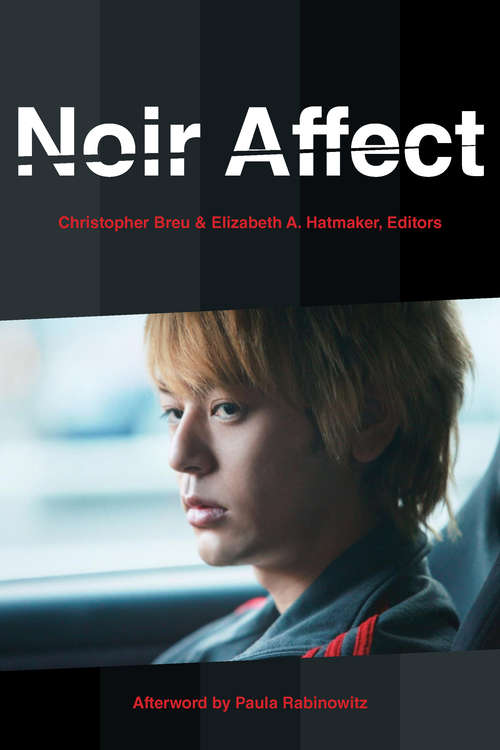 Noir Affect proposes a new understanding of noir as defined by negative affect. This new understanding emphasizes that noir is, first and foremost, an affective disposition rather than a specific cycle of films or novels associated with a given time period or national tradition. Instead, the essays in Noir Affect trace noir’s negativity as it manifests in different national contexts from the United States to Mexico, France, and Japan and in a range of different media, including films, novels, video games, and manga.The forms of affect associated with noir are resolutely negative: These are narratives centered on loss, sadness, rage, shame, guilt, regret, anxiety, humiliation, resentment, resistance, and refusal. Moreover, noir often asks us to identify with those on the losing end of cultural narratives, especially the criminal, the lost, the compromised, the haunted, the unlucky, the cast-aside, and the erotically “perverse,” including those whose greatest erotic attachment is to death. Drawing on contemporary work in affect theory, while also re-orienting some of its core assumptions to address the resolutely negative affects narrated by noir, Noir Affect is invested in thinking through the material, bodily, social, and political–economic impact of the various forms noir affect takes.If much affect theory asks us to consider affect as a space of possibility and becoming, Noir Affect asks us to consider affect as also a site of repetition, dissolution, redundancy, unmaking, and decay. It also asks us to consider the way in which the affective dimensions of noir enable the staging of various forms of social antagonism, including those associated with racial, gendered, sexual, and economic inequality. Featuring an Afterword by the celebrated noir scholar Paula Rabinowitz and essays by an array of leading scholars, Noir Affect aims to fundamentally re-orient our understanding of noir.Contributors: Alexander Dunst, Sean Grattan, Peter Hitchcock, Justus Nieland, Andrew Pepper, Ignacio Sánchez Prado, Brian Rejack, Pamela Thoma, Kirin Wachter-Grene