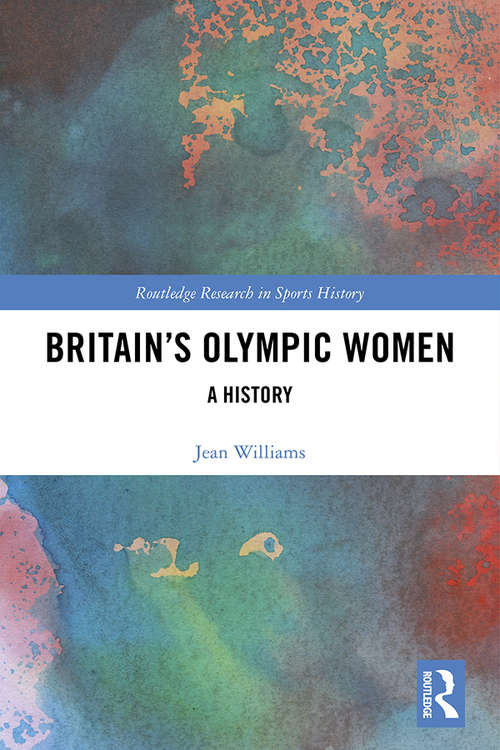 Britain has a long and distinguished history as an Olympic nation. However, most Olympic histories have focused on men’s sport. This is the first book to tell the story of Britain’s Olympic women, how they changed Olympic spectacle and how, in turn, they have reinterpreted the Games.

Exploring the key themes of gender and nationalism, and presenting a wealth of new empirical, archival evidence, the book explores the sporting culture produced by British women who aspired to become Olympians, from the early years of the modern Olympic movement. It shines new light on the frameworks imposed on female athletes, individually and as a group, by the International Olympic Committee (IOC), the British Olympic Association (BOA) and the various affiliated sporting international federations. Using oral history and family history sources, the book tells of the social processes through which British Olympic women have become both heroes and anti- eroes in the public consciousness. Exploring the hidden narratives around women such as Charlotte Cooper, Lottie Dod, Audrey Brown and Pat Smythe, and bringing the story into the modern era of London 2012, Dina Asher- mith and Katarina Johnson- hompson, the book helps us to better understand the complicated relationship between sport, gender, media and wider society.

This is fascinating reading for anybody with an interest in sport history, Olympic history, women’s history, British history or gender studies.