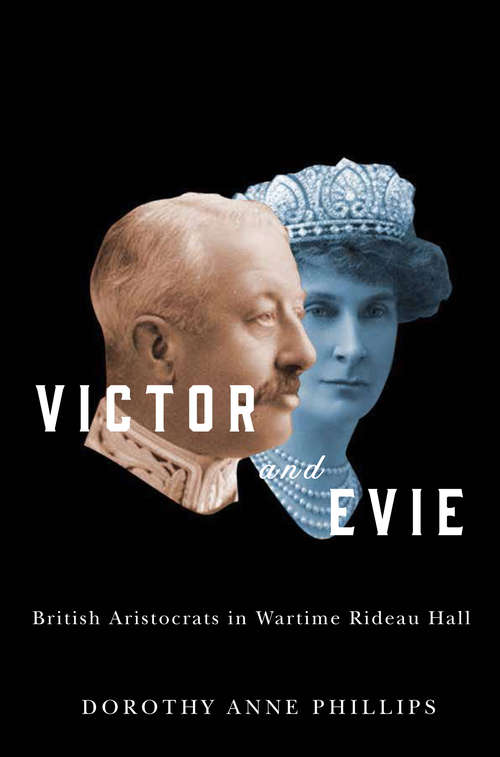 In the middle of the Great War, Victor Cavendish, the ninth Duke of Devonshire, and his wife Lady Evelyn landed in Halifax in November 1916 so he could serve as the governor general of Canada. Throughout the difficult years of the First World War and its aftermath, the new governor general travelled extensively, oversaw policy, presided over Canada’s rejection of the British honours system, and walked a fine line between the colonial authorities and Canada’s desire for greater independence. Meanwhile, the duchess managed their home at Rideau Hall and fretted over propriety between her daughters and the young male staff who lived with them.

In Victor and Evie, Dorothy Anne Phillips provides an intimate portrait of a family at the centre of Canadian social and political life. Utilizing letters released in 2005, the correspondence of an aide-de-camp, the duke’s diary, and other primary documents, Phillips constructs a detailed inquiry into the family’s relationships with each other and with the prominent people they met. This volume details their reactions to a number of dramatic events, including the conscription crisis, the Halifax Explosion, the influenza epidemic, the Winnipeg General Strike, the Prince of Wales’s tour across Canada, and the courtship of their daughter Dorothy by the young Harold Macmillan, the future British prime minister.

An engaging account of politics, travel, love, and tragedy, Victor and Evie presents the life of a governor general and his family during a pivotal moment in early twentieth-century Canada.