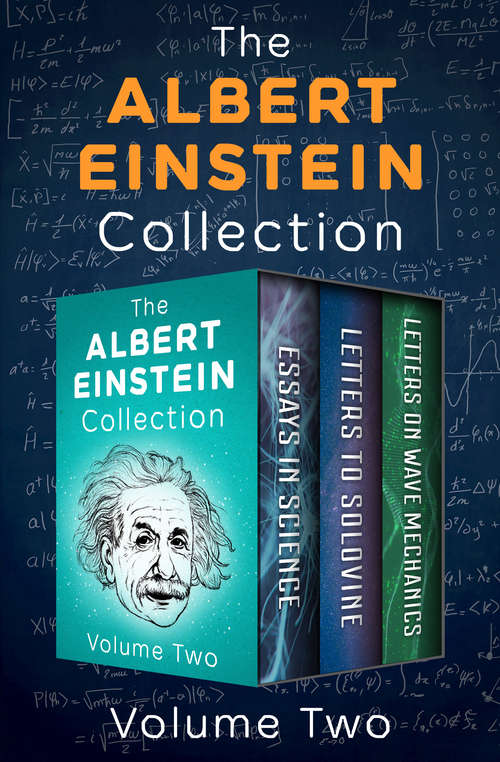 From revealing, personal letters to brilliant essays on the nature of science, these three volumes demonstrate the breadth of Einstein’s thought. The man who became famous for conceiving of the equation E=mc2 kept his mind sharp through stimulating correspondence and applied his intellectual acuity to a number of important scientific issues. The second volume of the Albert Einstein Collection offers a fascinating window into how he developed his ideas. Essays in Science: In these sixteen essays, written at the height of his intellectual powers, Einstein sets out his views on scientific knowledge, its relationship to human experience, and the underlying principles of any scientific pursuit. He discusses his own work in theoretical physics and its basis in field theory, as well as the many achievements of other scientific thinkers—including Johannes Kepler, Isaac Newton, James Clerk Maxwell, Max Planck, Niels Bohr, and others. Letters to Solovine: This collection of personal letters from Einstein to his longtime friend and translator Maurice Solovine offers a rare glimpse into the evolution of his thought, as well as a revealing portrait of the man himself. Spanning Einstein’s career and ranging from philosophical discussion to personal gossip, these letters are presented in English translation alongside the German text, with facsimiles of the original letters also included. Letters on Wave Mechanics: In this stirring collection of correspondence, four of the twentieth century’s greatest minds—H. A. Lorentz, Max Planck, Erwin Schrödinger, and Albert Einstein—discuss, debate, and refine Schrödinger’s then-nascent theory of wave mechanics. As the physicist Karl Przibram states in his foreword to this edition, “little needs to be added to the letters; they speak for themselves. Apart from their essential content, they reveal something of the personalities of the four men of genius.”