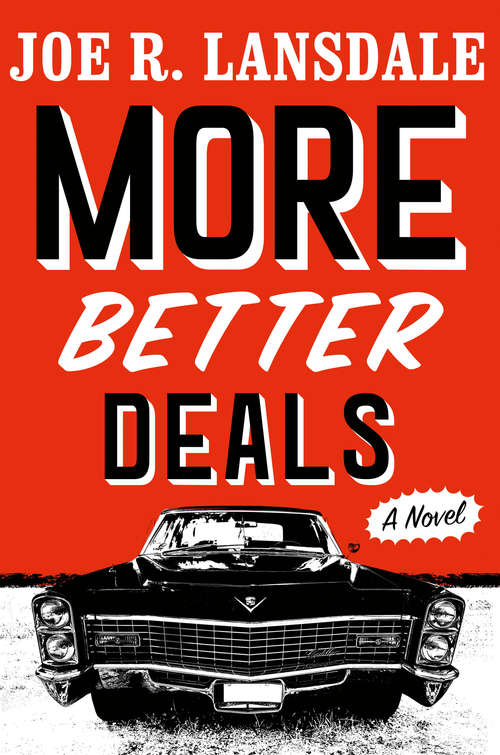 From the Edgar Award-winning author of the Hap and Leonard series, a hard-boiled novel set in 1960s Texas in which a no-nonsense car salesman faces a tempting decision, a dangerous deal, and an alluring affair.Ed Edwards is in the used car business, a business built on adjusted odometers, extra-fine print, and the belief that "buyers better beware." Burdened by an aging, alcoholic mother constantly on his case to do something worthier of his lighter skin tone and dreaming of a brighter future for himself and his plucky little sister, Ed is ready to get out of the game.When Dave, his lazy, grease-stained boss at the eponymous dealership Smiling Dave's sends him to repossess a Cadillac, Ed finally gets the chance to escape his miserable life.The Cadillac in question was purchased by Frank Craig and his beautiful wife Nancy, owners of a local drive-in and pet cemetery. Fed up with her deadbeat husband and with unfulfilled desires of her own, Nancy suggests to Ed -- in the throes of their salacious affair -- that they kill Frank and claim his insurance policy. It is a tantalizing offer: the girl, the car, and not one, but two businesses. Ed could finally say goodbye to Smiling Dave's, and maybe even send his sister to college. But does he have what it takes to see the plan through?Told with Joe Lansdale's trademark grit, wit, and dark humor, More Better Deals is a gripping tale of the strange characters and odd dealings that define 1960s East Texas.