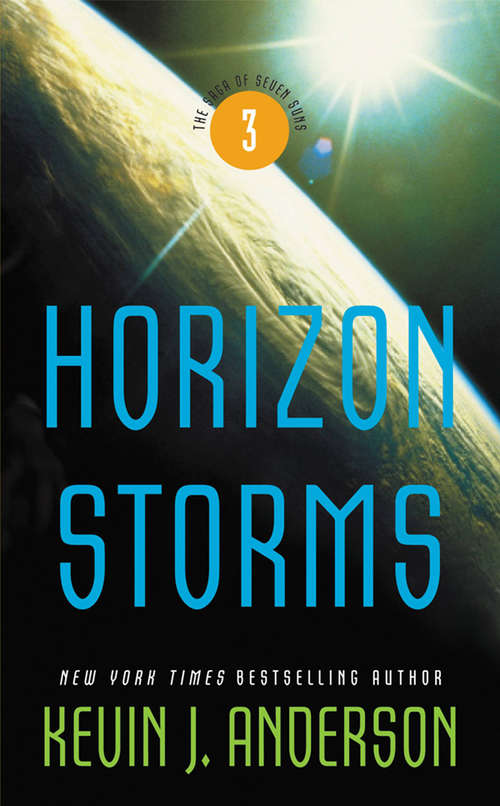 "By deploying the Klikiss Torch to ignite a gas giant, the humans of the Hansa earned the enmity of the alien hydrogues. Taking swift revenge, the hydrogues attacked not only the Hansa, but the other humans, the independent Roamers and Therons, as well. Even the Ildirans, mankind's alien allies, were helpless to resist. Then another alien race appeared: the star-dwelling faeros who ferociously fought the hydrogues. Now caught in the middle of a titanic struggle between the two alien superpowers, the three factions of humanity and the Ildirans are desperate to survive. Can they band together to fight a common threat? Or will their differences lead to civil wars?" "For Cesca Peroni, leader of the Roamers, survival means extending a helping hand to others, beginning with the Therons, whose planet of telepathic worldtrees is a smoldering ruin. For Basil Wenceslas, ruthless chairman of the Hansa, survival means using technology supplied by the mysterious Klikiss robots to subject the Roamers and Therons to Hansa authority - whether they like it or not. For Jora'h, the new Ildiran Mage-Imperator, survival means throwing off the traditions that have crippled the Empire. And for Jora'h's mad brother, it means restoring those traditions - even at the cost of a deadly internecine war." "As long-hidden intrigues and dark secrets come to light, a man who is believed to be long dead returns. Transformed beyond imagining, he introduces an ally who may save humanity: the wentals, ancient enemies of the hydrogues. But this new fragile hope will be threatened by a fresh betrayal - the most bitter and brutal of them all."--BOOK JACKET.Title Summary field provided by Blackwell North America, Inc. All Rights Reserved