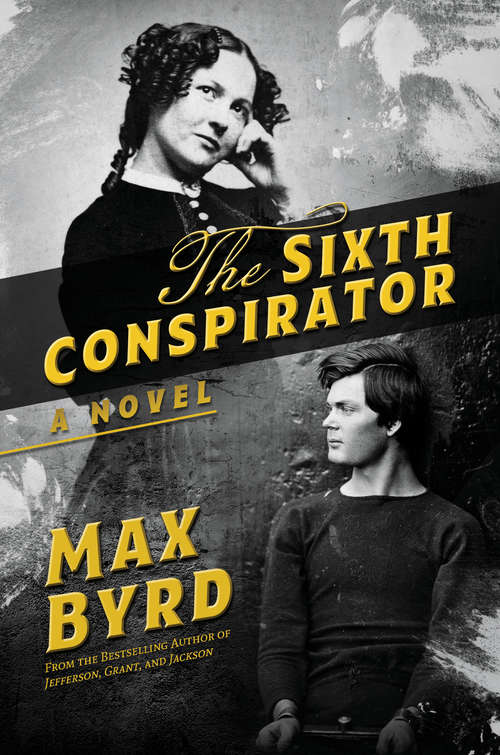 The author of Shooting the Sun blends a spy story with a love story in this tale of the secret mission to find the conspirators in Lincoln’s assassination.The assassination of Abraham Lincoln set off a hysterical burst of international conspiracy theories, with all eyes turning first to Canada—once a hotbed of Confederate plots—and then, as evidence mounted, to the Catholic Church and Rome . . .Now from bestselling author, Max Byrd, comes a long forgotten true story: a confidential mission to track down and capture any Europeans (and fugitive Confederates) who may have aided John Wilkes Booth.Drawn from State Department archives and personal letters and diaries, The Sixth Conspirator recounts the dramatic journey of George H. Sharpe, General Ulysses S. Grant’s real-life spymaster, to three European capitals. Three people travel with him—calculating banker Daniel Keach, Sharpe’s Civil War protegé Quintus Oakes, and former Pinkerton agent Maggie Lawton.One step ahead of them is a mysterious Confederate courier, Sarah Slater, known during the war as “the Veiled Lady,” who may or may not have been Booth’s lover. Behind Sharpe’s team, breathing grimly over their shoulders, are Secretary of State William Seward, brutally mutilated by the knife of one of Booth’s henchmen, and the perversely vengeful, guilt-ridden Secretary of War Edwin Stanton.Along the way Byrd creates a panorama of wonderfully realized characters, great and small, fictional and real. In deeply researched, fascinating historical detail, he carries us back to another reality—the far away mid-nineteenth century world from which our America slowly emerged.Praise for The Sixth Conspirator“From its brilliant and devastating opening scene to its surprising and breakneck conclusion, The Sixth Conspirator takes the last tendril of the Lincoln assassination and weaves it into a compelling, erudite, witty, and wise novel that should secure Max Byrd's place among the premier writers of historical fiction working today. Not to be missed!” —John Lescroart, New York Times–bestselling author of The Rule of Law and The Missing Piece“Taking us through the hideaways and haunts of European capitals in the mid-nineteenth century, this intriguing historical mystery . . . keeps us guessing right up to the last page. As in his highly acclaimed novels, Jefferson, Jackson, and Grant, Max Byrd tells the tale with witty and fast-paced writing that kept me turning pages— eager to know more about the “real” men and women of the era along with the fictional characters of his creation.” —Cokie Roberts, Emmy-winning political commentator and author of Capital Dames: The Civil War and the Women of Washington