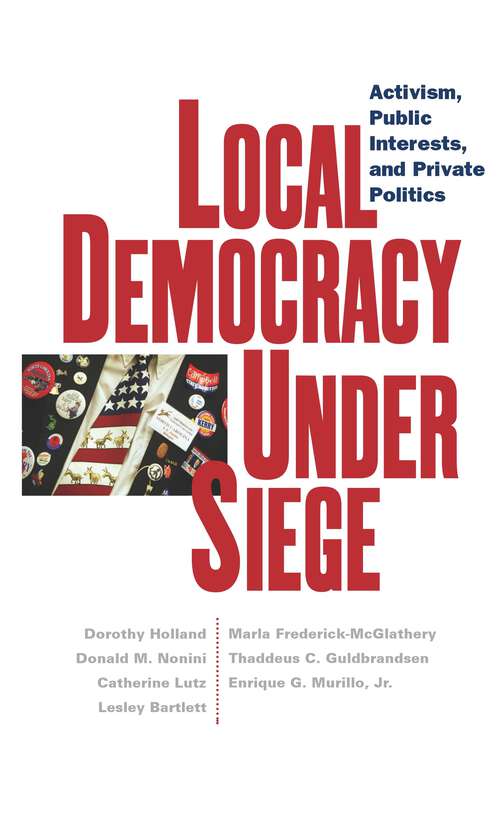 2007 Society for the Anthropology of North America (SANA) Book AwardComplete List of Authors:Dorothy Holland, Donald M. Nonini, Catherine Lutz, Lesley Bartlett, Marla Frederick-McGlathery, Thaddeus C. Guldbrandsen, and Enrique G. Murillo, Jr.What is the state of democracy at the turn of the twenty-first century? To answer this question, seven scholars lived for a year in five North Carolina communities. They observed public meetings of all sorts, had informal and formal interviews with people, and listened as people conversed with each other at bus stops and barbershops, soccer games and workplaces. Their collaborative ethnography allows us to understand how diverse members of a community not just the elite think about and experience "politics" in ways that include much more than merely voting.This book illustrates how the social and economic changes of the last three decades have made some new routes to active democratic participation possible while making others more difficult. Local Democracy Under Siege suggests how we can account for the current limitations of U.S. democracy and how remedies can be created that ensure more meaningful participation by a greater range of people. Complete List of Authors (pictured) From Left to Right, bottom row: Enrique Murillo, Jr., Thaddeus Guldbrandsen, Marla Frederick-McGlathery. Top row: Dorothy Holland, Catherine Lutz, Lesley Bartlett, and Don Nonini.