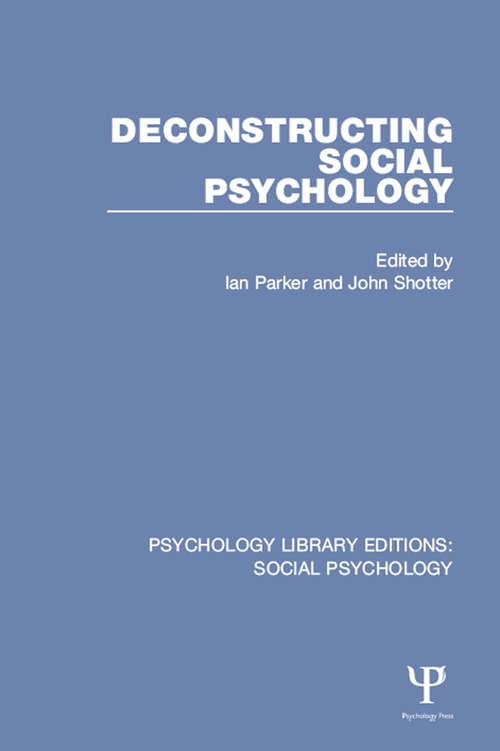 Since the early 1970s, social psychology has been in crisis. At the time Reconstructing Social Psychology (Armistead) provided a critical review of theories and assumptions in the discipline. Originally published in 1990, this title not only updates that review but illustrates the ways in which assumptions had changed at the time. The crisis is no longer seen as one which can be resolved within social psychology itself, but rather as one more deeply rooted in modern society.

The contributors look at the issues raised by deconstruction in the other human sciences, as well as investigating the claims made by social psychology as a discipline. They examine the rhetoric and texts of social psychology, analysing how the texts which hold the discipline together obtain their power. The arguments include the political implications of deconstructive ideas, focusing on particular issues such as research, therapy and feminism.

Deconstructing Social Psychology presents a strong selection of new critical writing in social psychology. It will still be a useful text for students of psychology, social science, and sociology, and for those working in the area of language.