From the Darkness Right Under Our Feet 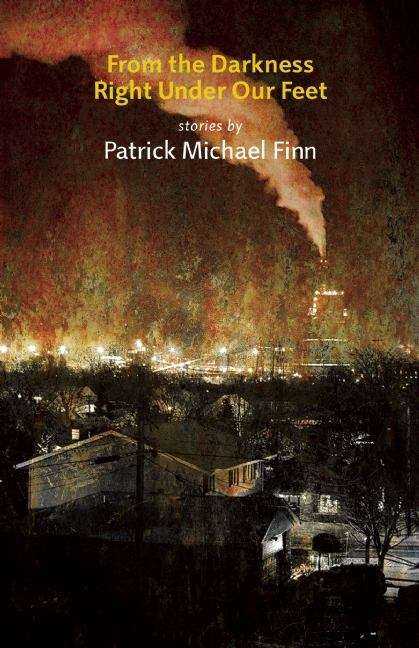 "Place is a character in Patrick Michael Finn's fiction. It's almost as if the setting, like the working-class characters who people his stories, has an ethnicity. The characters try to go on with their lives while the place broods and mourns around them. And all the while the narratives driven by credible psychological pressure grow increasingly threatening until the elegiac becomes rage. This is artful storytelling." -Stuart Dybek, author of I Sailed with Magel lan"Let us all hope that From the Darkness Right Under Our Feet is just the first of many story collections by Patrick Michael Finn. Populated with destitute strippers, damaged punks, polka lovers, bereaved widows, and the chronic unemployed amid lard factories and Catholic churches and gritty streets, these are the kind of stories that Balzac might have written if he had visited the economically ravaged American Midwest in the early 1980s. With the force of a massive heart attack brought on by a steady diet of corn-beef hash and Camel cigarettes and hard, hard living, Finn has put Joliet, Illinois on the literary map forever. It is an awesome book by a great, great writer." -Donald Ray Pollock, author of KnockemstiffBrutality, defeat, loneliness, mournful longing, and comic absurdity haunt and ignite the eight stories in Patrick Michael Finn's prize-winning collection with a vast assembly of unforgettable characters confronted by life-changing crises that force them to make impossible choices. Some redeem their dignity while others are crushed by irreversible loss and spiritual destruction.Patrick Michael Finn is the author of A Martyr for Suzy Kosasovich, and his stories have appeared in Ploughshares, TriQuarterly, Third Coast, Quarterly West, The Clackamas Literary Review, The Yalobusha Review, Punk Planet, and Houghton Mifflin's The Best American Mystery Stories 2004. His fiction has also received citations in the 2005 Pushcart Prize and The Best American Short Stories 2008. He lives in Arizona with his wife, poet Valerie Bandura, and their son James.