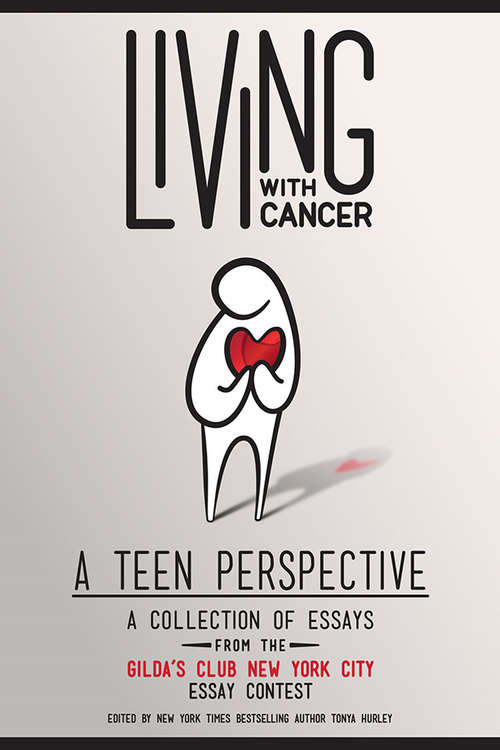 Living with Cancer presents the winners of the Gilda's Club® New York City teen essay contest, which put to its young writers the challenge of expressing what it feels like to LIVE with cancer; not to struggle with cancer, or even understand it, but simply to record the honest experience of living with it, alongside it. These essays give voice to teens whose lives and the lives of those they love have been affected by cancer, expressing their experiences with bravery, humor, and above all, honesty. These diverse and inspiring accounts will impress upon readers the openness and emotional maturity of their teen authors, who have found a place in both Gilda's Club® and within these pages to let go, to be themselves, and to never face cancer alone.Tonya Hurley is a New York Times and international bestselling author of the ghostgirl series and The Blessed trilogy. Her books are published in nearly 30 countries and in more than 20 languages. Ms. Hurley has worked in virtually every aspect of teen entertainment: creating, writing, and producing two hit TV series; writing and directing several acclaimed independent films, music videos and videogames. She is a contributor to the Huffington Post, an active member of the Writer's Guild of America, a member of the Horror Writers Association and has been involved in the Gilda's Club® NYC Teen Essay Contest since its inception. Gilda's Club® New York City is named after Gilda Radner, a brilliant comedian and one of the original cast members of Saturday Night Live. In 1986, she was diagnosed with ovarian cancer and died at the age of 42. During her illness, Gilda was part of a cancer support community which inspired her dream that anyone touched by cancer would receive the kind of emotional and social support she found there. In June, 1995 Gilda's Club® New York City opened its signature Red Door-her legacy to everyone living with cancer. Today, Gilda's Club® is a place where anyone touched by cancer...women, men, teens, and children, along with their families and friends can find FREE cancer support. The social and emotional support that is available to all members includes support and networking groups, educational lectures, workshops, and social activities-all in a beautiful, homelike setting in their West Village clubhouse and satellite locations throughout New York City. Thanks to the generous support of friends, corporations and foundations, we have served over 7,200 members in Manhattan, Brooklyn, Queens and the Bronx since we opened our signature Red Door in 1995. Visit us at http://www.gildasclubnyc.org/.