The Gift of Alzheimer's 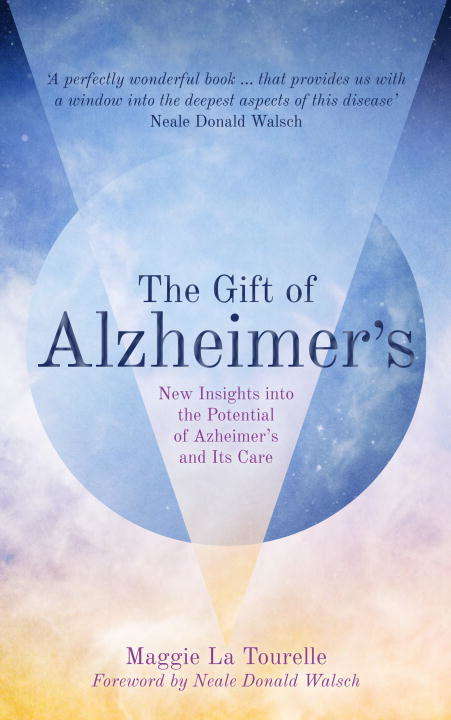 Alzheimer's effects more than 5 million people worldwide, causing pain not only to its sufferers, but to their loved ones as well. In her groundbreaking book, The Gift of Alzheimer's (Watkins, April 2015) holistic therapist and healthcare expert Maggie La Tourelle describes the treasures that were unlocked to her as she journeyed with her ailing mother. Miraculously, instead of destroying their lives, Alzheimer's strengthened their bond. La Tourelle shares the techniques she used and the insights she gained in her book. La Tourelle says, "I was able to open up new channels in communication and wellbeing for my mother that I had not considered before or even thought possible." Many of her findings have since been confirmed by research in neuroscience, including the suggestion that emotional long-term memory may remain intact even after short-term memory has vanished. "The retention of emotional memory could explain some of the unexpected and disturbing behavior that some people with Alzheimer's exhibit," says La Tourelle. She suggests that we need to help patients acknowledge their feelings so that their past can be healed and they can move on to a good ending. Like many people facing Alzheimer's, Maggie's mother, Pat, was burdened with many painful memories. Using a person-centered approach that focuses on being present, employing some simple NLP principles and engaging in meaningful communication, La Tourelle was able to help her mother heal her emotionally painful memories and come to a place of peace. Throughout the book La Tourelle emphasizes that these approaches are not strictly for healthcare professionals--they can be utilized by anyone to help a loved one currently suffering from Alzheimer's. La Tourelle provides useful information and in depth instructions to help others unearth the gifts Alzheimer's patients have to share with us. Although not always lucid, La Tourelle noticed that Pat seemed more aware of the "big picture" as her disease progressed. Uncharacteristically, Pat began bestowing wise advice to her daughter such as "Be in the moment. Freedom is important--and patience. I want you to remember the good times." Captivated by these moments of clarity, La Tourelle began chronicling their interactions and discovered something even more extraordinary: Pat seemed to be able connect with another world. She spoke of relatives who visited her and declared, "Death is nothing to be afraid of. I am at peace. I have no worries or fears. I can become unconscious, like having an operation with an anesthetic and get away from everything, then come back. I do it often." Instead of dismissing these claims as delusional, La Tourelle acknowledged and validated them. "Could it be that Alzheimer's is a bridge to the world to come?" asks La Tourelle. Whether or not you are predisposed to believe these connections are real or hallucinatory, La Tourelle teaches us the importance of approaching those suffering from Alzheimer's on their terms rather than our own.From the Trade Paperback edition.