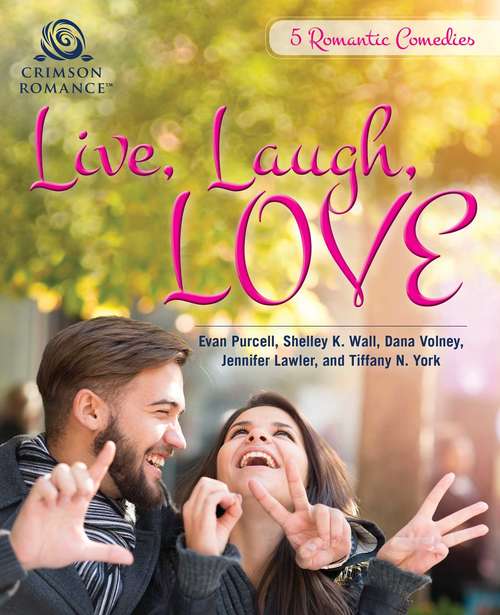 Love not only captures your heart but tickles your funnybone in these five fabulous romantic comedies. The hilarious antics and wacky hijinks will leave you in stitches.Waking Up to Love: Fans of While You Were Sleeping will love this debut tale! When Scott McInney's mom gets a slight case of amnesia, he convinces Ramona, the identical twin sister of his runaway wife, to step into her heels. Ramona reluctantly agrees to help out, but when the pretending gets too real, will Scott figure out that he might have married the wrong twin?Find Me: Amanda Gillespie never bargained on seeing Jackson Holstenar, her former coworker and mortal enemy, again. But he just happens to be best buddies with the great new guy she's seeing. Three's definitely a crowd, but as they bicker and surprisingly bond, old feelings rekindle. Now Amanda must decide if the Mr. Right she thought she found is the one she really wants.Paradise Point: Liv Barnette needs coffee, she needs food...hell, she needs a new life. So inheriting fifty percent ownership in Paradise Point marina is a lucky break she'll embrace with open arms. The sexy downside? Sharing her windfall with Army Ranger Adam Lark, who will go to any extreme to see her gone...or so he thinks.The Matchmaker Meets Her Match: Matchmaker Rilka Arpad has seen enough bad behavior to wonder how anyone can withstand a first date, never mind forever. Her new client, war veteran Jeremy Ford, is officially the worst--announcing boldly at their first meeting that he just wants to get laid. But it turns out that Jeremy wants more than a one-night stand...and he wants it from Rilka!The Meatball Mistress: Big-haired Brooklynite Cara Manzoni's life has become a cliche--she found her fiance cheating with her hairdresser and now she has no apartment, no job, and nowhere to go. When she flees to the Jersey Shore, she winds up at Ryan Garridy's struggling Italian restaurant. Ryan thinks fiesty Cara's trouble with a capital T, but her Sicilian meatballs are to die for! Can this secretive stunner save more than just this commitment-phobic restaurateur's business?Sensuality Level: Sensual