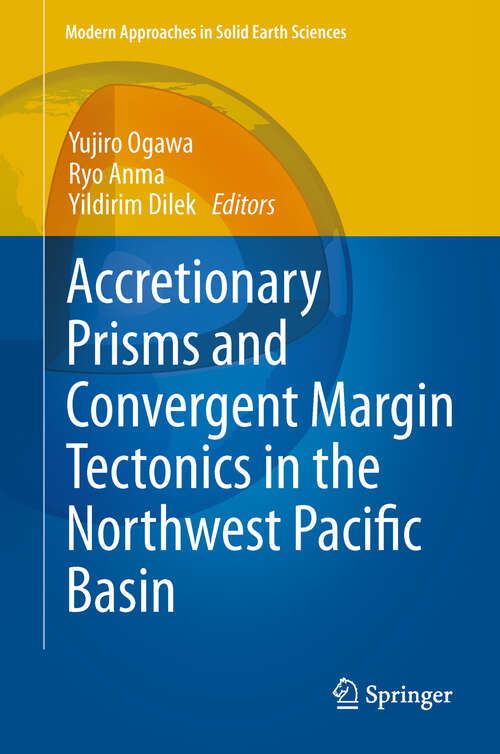 Accretionary prisms in convergent margins are natural laboratories for exploring initial orogenic processes and mountain building episodes. They are also an important component of continental growth both vertically and laterally. Accretionary prisms are seismically highly active and their internal deformation via megathrusting and out-of-sequence faulting are a big concern for earthquake and tsunami damage in many coastal cities around the Pacific Rim. The geometries and structures of modern accretionary prisms have been well imaged seismically and through deep drilling projects of the Ocean Drilling Program (and recently IODP) during the last 15 years. Better understanding of the spatial distribution and temporal progression of accretionary prism deformation, structural and hydrologic evolution of the décollement zone (tectonic interface between the subducting slab and the upper plate), chemical gradients and fluid flow paths within accretionary prisms, contrasting stratigraphic and deformational framework along-strike in accretionary prisms, and the distribution and ecosystems of biological communities in accretionary prism settings is most important in interpreting the evolution of ancient complex sedimentary terrains and orogenic belts in terms of subduction-related processes.

This book is a collection of interdisciplinary papers documenting the geological, geophysical, geochemical, and paleontological features of modern accretionay prisms and trenches in the northwestern Pacific Ocean, based on many submersible dive cruises, ODP drilling projects, and geophysical surveys during the last 10 years. It also includes several papers presenting the results of systematic integrated studies of recent to ancient on-land accretionary prisms in comparison to modern analogues. The individual chapters are data and image rich, providing a major resource of information and knowledge from these critical components of convergent margins for researchers, faculty members, and graduate and undergraduate students. As such, the book will be a major and unique contribution in the broad fields of global tectonics, geodynamics, marine geology and geophysics, and structural geology and sedimentology.