An Ambulance is on the Way 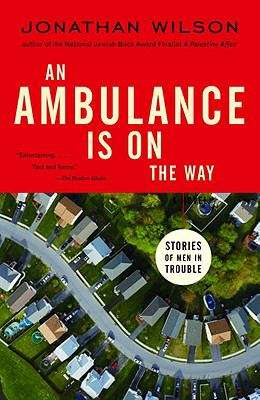 On the heels of his highly praised novel A Palestine Affair, Jonathan Wilson returns to his first love----the short story----to give us these sharp, bittersweet, often uproariously funny tales of middle-aged American men in hot water with women, with their sweet and savvy kids, with their own consciences. The slacker husband of the title story spends his day running household errands, chatting up the local soccer moms, and drinking most of the wine he was instructed to buy for his wife's women's-group meeting that evening; another husband calls an old girlfriend while waiting in the cardiologist's office for news about his heart; a good Jewish son is torn between the caustic wit of his powerful, very Jewish mother and the fertility urges of his very not-Jewish girlfriend; a divorced dad nearly loses his teenage boy on a Jamaican adventure. Each of these cases is touched by Wilson's sympathy and affection for male foibles. Taken together, they give us a nuanced picture of the American husband and father: well-meaning but caught out, horny but physically gone to pot, adrift on dreams and fancies and the desire for a little bit of a break. These are men who, finally, can't quite suppress their feelings about love, family, and the fundamentals----humdrum, rich, and increasingly precious, these days----of middle-class life.