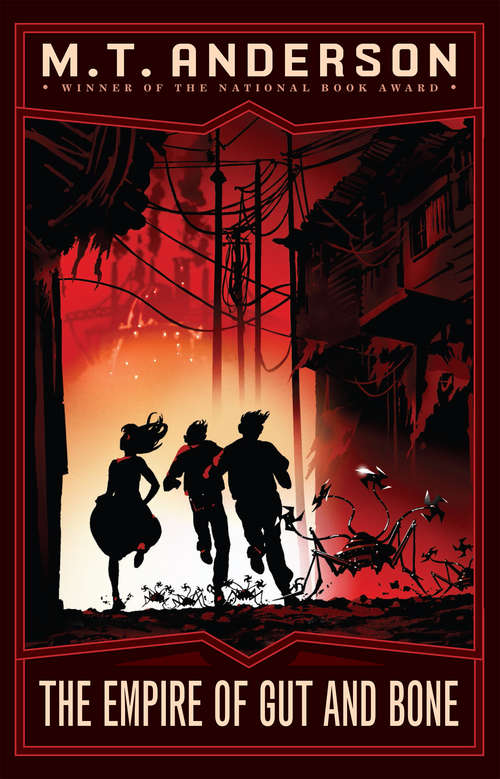 Murder! Mystery! Rebellion! From bestselling and National Book Award-winning author M.T. Anderson, a third visit to the world of THE GAME OF SUNKEN PLACES.

The land of New Norumbega is an unusual one--an empire of gut and bone, a kingdom of blood and mucus. At its dark, dry heart is a ruling class that doesn't care about much besides itself . . . and a ruler who is (literally) a one-eyed stump of flesh.

Brian and Gregory have come to New Norumbega for a reason--to get the Norumbegans to help them thwart an alien attack back home on earth. But instead, the two boys find themselves caught up in both a robot rebellion and a murder mystery after one of the Norumbegan leaders is sent to sleep . . . permanently.

In New Norumbega, it's very hard to know who to trust. There are assassins around every corner, and secrets pave every conversation. Brian and Gregory will be lucky to make it out alive, never sure if they are meant to catch the murderer . . . or be the killer's next victim.