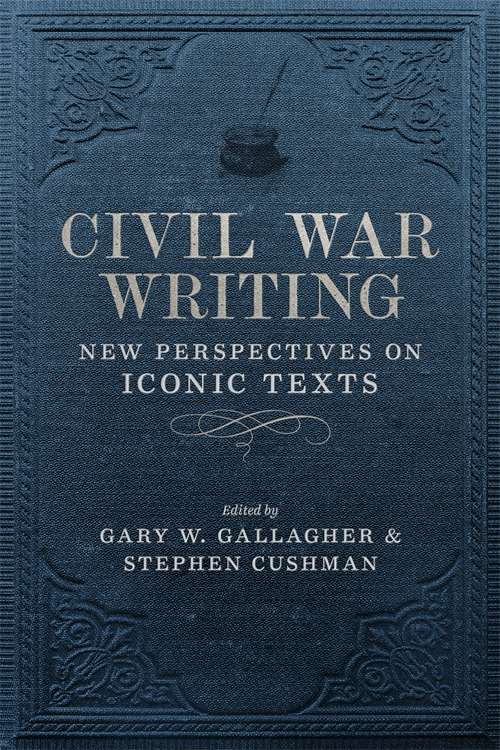 Civil War Writing is a collection of new essays that focus on the most significant writing about the American Civil War by participants who lived through it, whether as civilians or combatants, southerners or northerners, women or men, blacks or whites. Collectively, as contributors show, these writings have sustained their influence over generations and include histories, memoirs, journals, novels, and one literary falsehood posing as an autobiographical narrative. Several of the works, such as William Tecumseh Sherman’s memoirs or Mary Chesnut’s diary, are familiar to scholars, but other accounts, including Charlotte Forten’s diary and Loreta Velasquez’s memoir, offer new material to even the most omnivorous Civil War reader. In all cases, a deeper look at these writings reveals why they continue to resonate with audiences more than 150 years after the end of the conflict. As supporting evidence for historical and biographical narratives and as deliberately designed communications, the writings discussed in this collection demonstrate considerable value. Whether exploring the differences among drafts and editions, listening closely to fluctuations in tone or voice, or tracing responses in private correspondence or published reviews, the essayists examine how authors wrote to different audiences and out of different motives, creating a complex literary record that offers rich potential for continuing evaluation of the country’s greatest national trauma. Overall, the essays in Civil War Writing underscore how participants employed various literary forms to record, describe, and explain aspects and episodes of a conflict that assumed proportions none of them imagined possible at the outset.