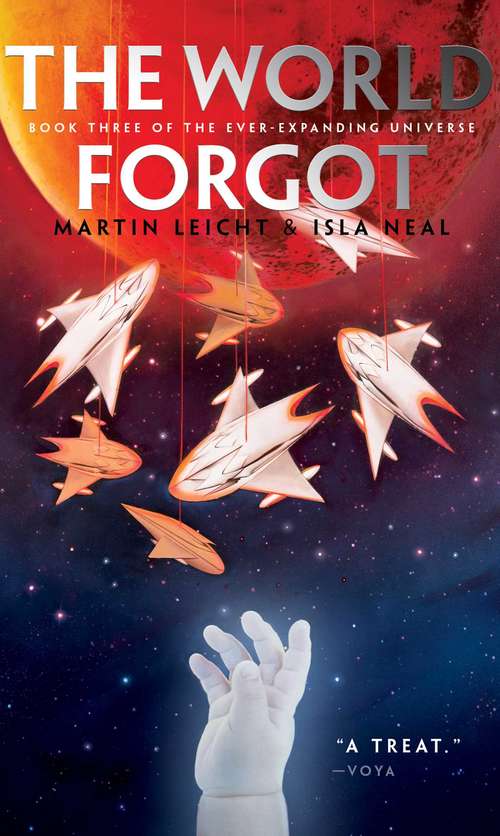 In this hilarious, action-packed conclusion to The Ever-Expanding Universe trilogy, teen mom Elvie Nara is on a quest across the universe to save her daughter (and maybe stop an alien race war in the process).

"Who knew science fiction about unwed motherhood could be so very hysterical?" --Kirkus Reviews

After dealing with killer whales, evil scientists, the return of her long-lost mother and, certainly not least of all, the challenges of breastfeeding, Elvie Nara has just about had it. And then the Jin'Kai (along with the aforementioned estranged mom) kidnap her baby.

And before she knows it, another Jin'Kai attack puts her on the run again, but not before discovering that Olivia was implanted with a genetic tracking device. So along with Cole, Ducky, and her dad, Elvie goes back out into space to follow the signal. There she finds evil Dr. Marsden up to some evil tricks and realizes that Mars may hold the secret to defeating her enemies once and for all. So, off to Mars she goes. Because alien race war aside, Elvie really wants to be back with her daughter. For a kid she wasn't even sure she wanted, Olivia has come to mean the world to Elvie--and she'll search the universe to be with her again.