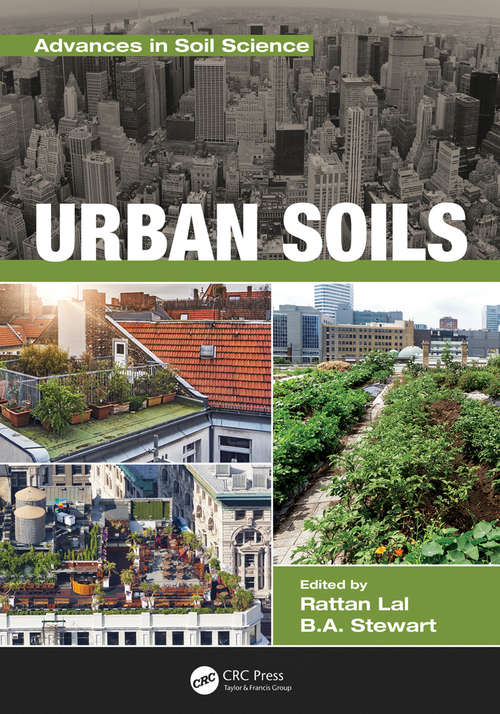 By: Rattan Lal • B. A. Stewart
உள் நுழை
Sign Up

Globally, 30% of the world population lived in urban areas in 1950, 54% in 2016 and 66% projected by 2050. The most urbanized regions include North America, Latin America, and Europe.  Urban encroachment depletes soil carbon and the aboveground biomass carbon pools, enhancing the flux of carbon from soil and vegetation into the atmosphere. Thus, urbanization has exacerbated ecological and environmental problems.

Urban soils are composed of geological material that has been drastically disturbed by anthropogenic activities and compromised their role in the production of food, aesthetics of residential areas, and pollutant dynamics. Properties of urban soils are normally not favorable to plant growth—the soils are contaminated by heavy metals and are compacted and sealed. Therefore, the quality of urban soils must be restored to make use of this valuable resource for delivery of essential ecosystem services (e.g., food, water and air quality, carbon sequestration, temperature moderation, biodiversity).

Part of the Advances in Soil Sciences Series, Urban Soils explains properties of urban soils; assesses the effects of urbanization on the cycling of carbon, nitrogen, and water and the impacts of management of urban soils, soil restoration, urban agriculture, and food security; evaluates ecosystem services provisioned by urban soils, and describes synthetic and artificial soils.