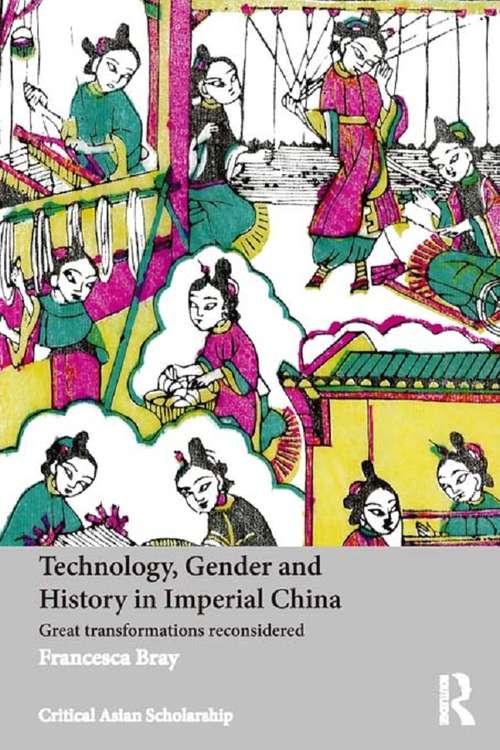 What can the history of technology contribute to our understanding of late imperial China? Most stories about technology in pre-modern China follow a well-worn plot: in about 1400 after an early ferment of creativity that made it the most technologically sophisticated civilisation in the world, China entered an era of technical lethargy and decline. But how are we to reconcile this tale, which portrays China in the Ming and Qing dynasties as a dying giant that had outgrown its own strength, with the wealth of counterevidence affirming that the country remained rich, vigorous and powerful at least until the end of the eighteenth century? Does this seeming contradiction mean that the stagnation story is simply wrong, or perhaps that technology was irrelevant to how imperial society worked? Or does it imply that historians of technology should ask better questions about what technology was, what it did and what it meant in pre-modern societies like late imperial China?

In this book, Francesca Bray explores subjects such as technology and ethics, technology and gendered subjectivities (both female and male), and technology and statecraft to illuminate how material settings and practices shaped topographies of everyday experience and ideologies of government, techniques of the self and technologies of the subject. Examining technologies ranging from ploughing and weaving to drawing pictures, building a house, prescribing medicine or composing a text, this book offers a rich insight into the interplay between the micro- and macro-politics of everyday life and the workings of governmentality in late imperial China, showing that gender principles were woven into the very fabric of empire, from cosmology and ideologies of rule to the material foundations of the state and the everyday practices of the domestic sphere.

This authoritative text will be welcomed by students and scholars of Chinese history, as well as those working on global history and the histories of gender, technology and agriculture. Furthermore, it will be of great use to those interested in social and cultural anthropology and material culture.