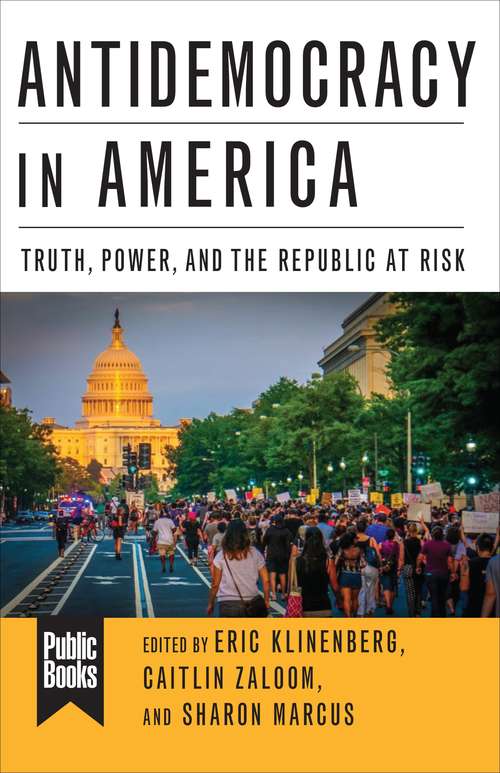 On Election Day in 2016, it seemed unthinkable to many Americans that Donald Trump could become president of the United States. But the victories of the Obama administration hid from view fundamental problems deeply rooted in American social institutions and history. The election’s consequences drastically changed how Americans experience their country, especially for those threatened by the public outburst of bigotry and repression. Amid the deluge of tweets and breaking news stories that turn each day into a political soap opera, it can be difficult to take a step back and see the big picture.

To confront the threats we face, we must recognize that the Trump presidency is a symptom, not the malady.Antidemocracy in America is a collective effort to understand how we got to this point and what can be done about it. Assembled by the sociologist Eric Klinenberg as well as the editors of the online magazine Public Books, Caitlin Zaloom and Sharon Marcus, it offers essays from many of the nation’s leading scholars, experts on topics including race, religion, gender, civil liberties, protest, inequality, immigration, climate change, national security, and the role of the media. Antidemocracy in America places our present in international and historical context, considering the worldwide turn toward authoritarianism and its varied precursors. Each essay seeks to inform our understanding of the fragility of American democracy and suggests how to protect it from the buried contradictions that Trump’s victory brought into public view.