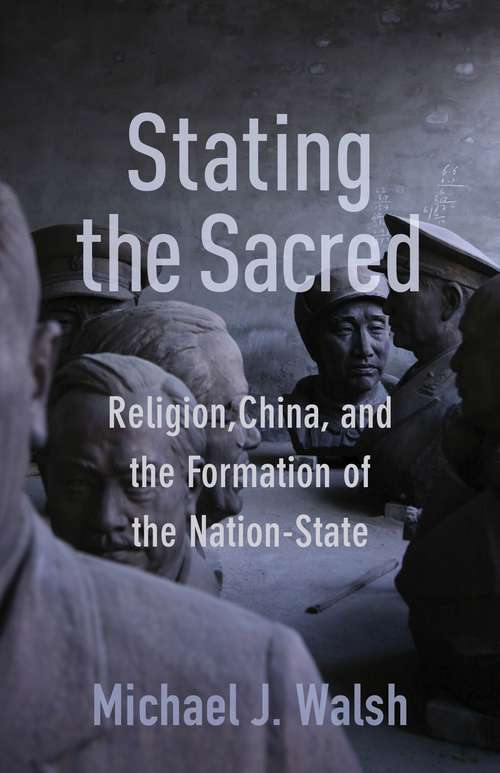 China’s constitution explicitly refers to its sovereign domain as “sacred territory.” Why does an avowedly secular state make such a claim, and what does this suggest about the relations between religion and the nation-state? Focusing primarily on China, Stating the Sacred offers a novel approach to nation-state formation, arguing that its most critical element is how the state sacralizes the nation.Michael J. Walsh explores the religious and political dimensions of Chinese state ideology, making the case that the sacred is a constitutive part of modern China. He examines the structural connection among texts (constitutions, legal codes, national histories), ostensibly universal and normative categories (race, religion, citizenship, freedom, human rights), and territoriality (the integrity of sovereignty and control over resources and people), showing how they are bound together by the sacred. Considering a variety of what he refers to as theopolitical techniques, Walsh argues that nation-states undertake sacralization in order to legitimate the violence of establishing and expanding their sovereignty. Ultimately, territorialization is a form of sacralization, and the foundational role of the sacred makes all nation-states religious states. Stating the Sacred offers new ways of understanding China’s approach to legality, control of the populace, religious freedom, human rights, and the structuring of international relations, and it raises existential questions about the fundamental nature of the nation-state.