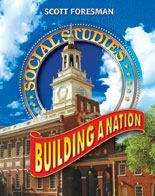 While the United States is a land of great differences, it is one country united in many ways. Americans are united by their beliefs in such things as freedom, representative democracy, and the free-enterprise system.

The people share important beliefs in freedom of speech, freedom of religion, and the freedom to live and work where they choose. They elect leaders to represent them and defend these freedoms in the government.

Yet, all Americans are not the same. They have backgrounds from different parts of the world and have variety in their ways of life. They live in large cities and small towns, on farms and ranches, on the seashores and far inland from the sea. They have many different ways of earning their living.

The land in the United States also has great variety. There are mountains and deserts, lowland and highland plains, river valleys and canyons. Some areas get plenty of rain and snow, while other areas are dry. Many kinds of natural resources provide for a great variety of jobs for people.