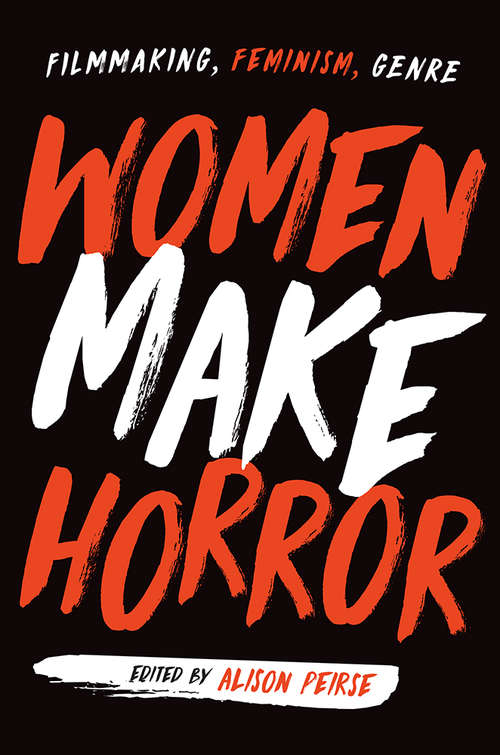 “But women were never out there making horror films, that’s why they are not written about – you can’t include what doesn’t exist.”

“There are really, very few women horror filmmakers working today, that’s why so few are coming up.”

“Women are just not that interested in making horror films.”

“How can you be a woman and be a fan of horror?”

This is what you get when you are a woman working in horror, whether as a writer, academic, festival programmer or filmmaker. These assumptions are based on decades of flawed scholarly, critical and industrial thinking about the genre. Women Make Horror sets right these misconceptions. Women have always been making horror, they have always been an audience for the genre, and today, as this book reveals, women academics, critics and filmmakers alike remain committed to a film genre that offers almost unlimited opportunities for exploring and deconstructing social and cultural constructions of gender, femininity, sexuality and the body.

Women Make Horror is the first book-length study of women filmmakers in horror film, the first all-women edited book on horror film, and the first book to call out the male-bias in written histories of horror and then to illuminate precisely how, and where, these histories are lacking. It re-evaluates existing literature on the history of horror film, on women practitioners in the film industry and approaches to undertaking film industries research. It establishes new approaches for studying women practitioners and illuminates their unexamined contribution to the formation and evolution of the horror genre. The book focuses on women directors and screenwriters but also acknowledges the importance of women producers, editors and cinematographers. It explores narrative and experimental cinema, short, anthology and feature-filmmaking, and offers case studies of North American, Latin American, European, East Asian and Australian filmmakers, films and festivals.

Women Make Horror is designed to not only engage and inspire dialogue between the academy, filmmakers, industry gatekeepers, festival programmers and horror film fans. With this book we can transform how we think about women filmmakers and genre.