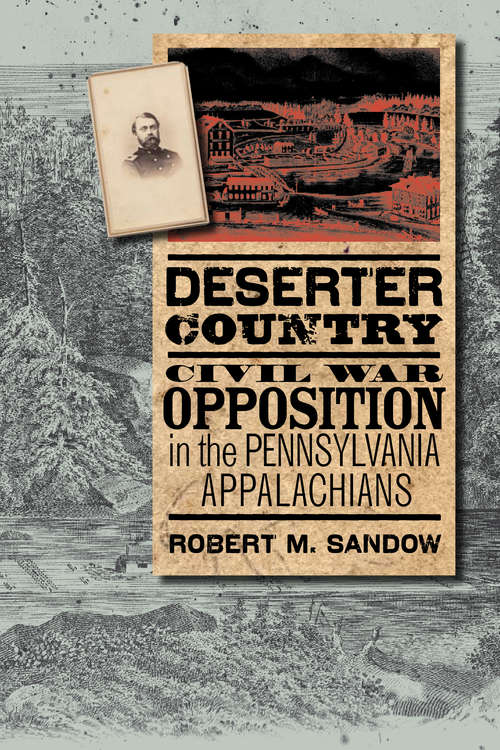 During the Civil War, there were throughout the Union explosions of resistance to the war -from the deadly Draft Riots in New York City to other, less well-known outbreaks. In Deserter Country, Robert Sandow explores one of these least known "inner civil wars", the widespread, sometimes violent opposition in the Appalachian lumber country of Pennsylvania.

Sparsely settled, these mountains were home to divided communities that provided safe-haven for opponents of the war. The dissent of mountain folk reflected their own marginality in the face of rapidly increasing exploitation of timber resources by big firms, as well as partisan debates over loyalty.

One of the few studies of the northern Appalachians, this book draws revealing parallels to the War in the southern mountains, exploring the roots of rural protest in frontier development, the market economy, military policy, partisan debate, and everyday resistance. Sandow also sheds new light on the party politics of rural resistance, rejecting easy depictions of war-opponents as traitors and malcontents for a more nuanced and complicated study of the class, economic upheaval, and localism.