The Many Lives of Miss K 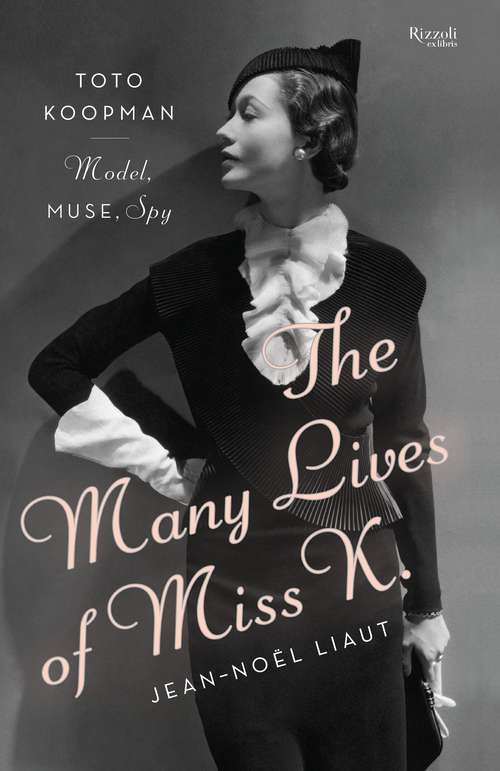 A life of glamour and tragedy, set against the watershed cultural and political movements of twentieth-century Europe. "Toto" Koopman (1908-1991) is a new addition to the set of iconoclastic women whose biographies intrigue and inspire modern-day readers. Like her contemporaries Lee Miller or Vita Sackville-West, Toto lived with an independent spirit more typical of the men of her generation, moving in the worlds of fashion, society, art, and politics with an insouciant ease that would stir both admiration and envy even today. Sphinxlike and tantalizing, Toto conducted her life as a game, driven by audacity and style. Jean-Noël Liaut chases his enigmatic subject through the many roles and lives she inhabited, both happy and tragic. Though her beauty, charisma, and taste for the extraordinary made her an exuberant fixture of Paris fashion and café society, her intelligence and steely sense of self drove her toward bigger things, culminating in espionage during WWII, for which she was imprisoned by the Nazis in Ravensbruck. After the horrors of the camp, she found solace in Erica Brausen, the German art dealer who launched the career of Francis Bacon, and the two women lived out their lives together surrounded by cultural luminaries like Edmonde Charles-Roux and Luchino Visconti. But even in her later decades, Toto remained impossible for anyone to possess.

The Many Lives of Miss K explores the allure of a freethinking and courageous woman who, fiercely protective of her independence, was sought after by so many but ultimately known by very few.