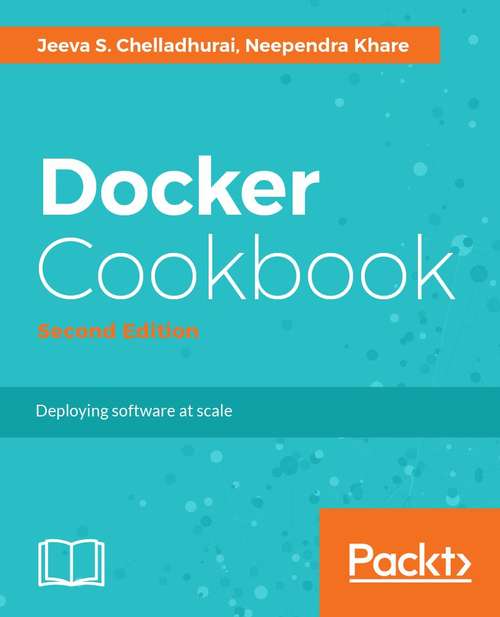 Leverage Docker to deploying software at scaleKey FeaturesLeverage practical examples to manage containers efficientlyIntegrate with orchestration tools such as Kubernetes for controlled deploymentsLearn to implement best practices on improving efficiency and security of containersBook DescriptionDocker is an open source platform for building, shipping, managing, and securing containers. Docker has become the tool of choice for people willing to work with containers. Since the market is moving toward containerization, Docker will definitely have a big role to play in the future tech market.This book starts with setting up Docker in different environment, and helps you learn how to work with Docker images. Then, you will take a deep dive into network and data management for containers. The book explores the RESTful APIs provided by Docker to perform different actions, such as image/container operations. The book then explores logs and troubleshooting Docker to solve issues and bottlenecks. You will gain an understanding of Docker use cases, orchestration, security, ecosystems, and hosting platforms to make your applications easy to deploy, build, and collaborate on. The book covers the new features of Docker 18.xx (or later), such as working with AWS and Azure, Docker Engine, Docker Swarm, Docker Compose, and so on.By the end of this book, you will have gained hands-on experience of finding quick solutions to different problems encountered while working with Docker.What you will learnInstall Docker on various platformsWork with Docker images and containersContainer networking and data sharingDocker APIs and language bindingsVarious PaaS solutions for DockerImplement container orchestration using Docker Swarm and KubernetesContainer securityDocker on various cloudsWho this book is forBook is targeted towards developers, system administrators, and DevOps engineers who want to use Docker in his/her development, QA, or production environments. It is expected that the reader has basic Linux/Unix skills such as installing packages, editing files, managing services, and so on. Any experience in virtualization technologies such as KVM, XEN, and VMware will be an added advantage