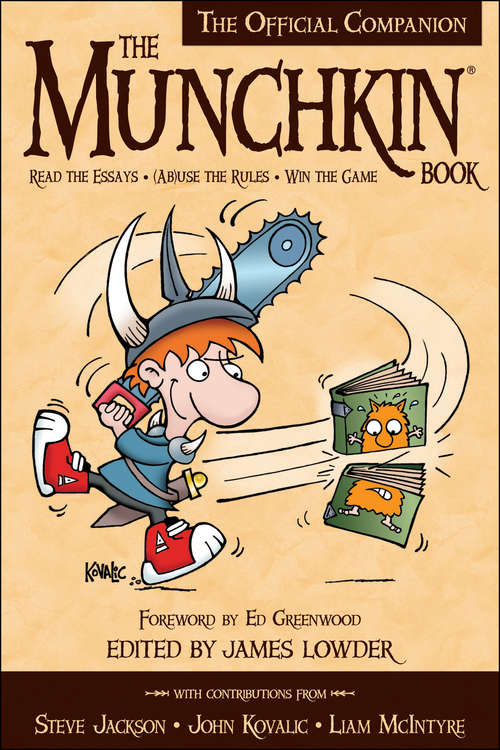 By gently-and sometimes not so gently-mocking the fantasy dungeon crawl and the sacred cows of pop culture, the Munchkin® card game has stabbed and sneaked and snickered its way to the pinnacle of success. Along the way, its sold millions of copies, been translated around the world, and spawned more than two-dozen sequels and supplements.More fun than a Chainsaw of Bloody Dismemberment and more useful than a Chicken on Your Head, The Munchkin Book is a lighthearted and suitably snarky celebration of all things near and dear to the munchkin heart, featuring contributions from the game's designer, Steve Jackson (president of Steve Jackson Games), and its signature artist, John Kovalic (creator of web comic Dork Tower), as well as notable mavens of geek culture.The Munchkin Book also includes exclusive game rules to supplement reader gameplay.Steve Jackson Games, based in Austin, Texas, has been publishing games, game books, and magazines since 1980. Its best-selling game is Munchkin, with well over 2 million copies of the games and supplements in print worldwide. Other top sellers are GURPS (the Generic Universal RolePlaying System), Zombie Dice, and Illuminati. Past hits have included Car Wars and Toon. Steve's very first game, Ogre, recently drew almost a million dollars' worth of Kickstarter support for a super-deluxe edition to be released in 2013.