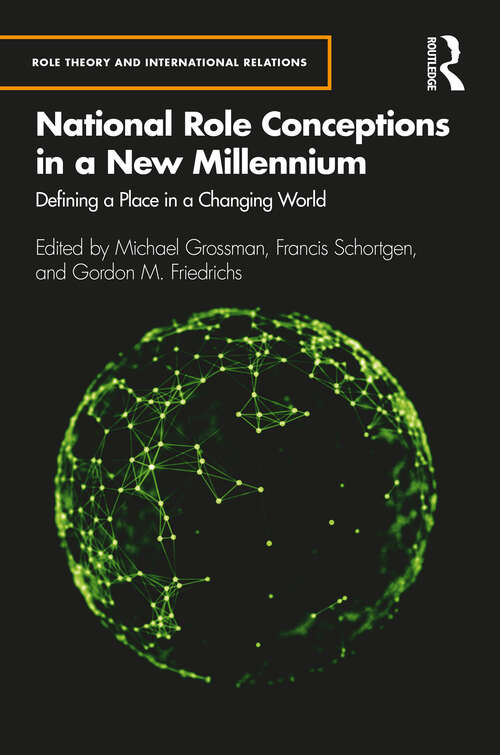 National Role Conceptions in a New Millennium examines the transformation of the international system through an examination of the role conceptions adopted by the different global actors.

Advancing current role theory scholarship in International Relations, the contributors take as their starting point the question of how international actors are responding to the reordering of the global system. They reflect on the rise of new actors and the reemergence of old rivalries, the decline of established norms, and the unleashing of internal political forces such as nationalism and parochialism. They argue that changes in the international system can impact how states define their roles and act as a variable in both domestic and international role contestations. Further, they examine the redefinition of roles of countries and the international organizations that have been central to the US and western dominated world order, including major powers in the world (the US, Russia, China, Britain etc.) as well as the European Union, NATO, and ASEAN. By looking at international organizations, this text moves beyond the traditional subjects of role theory in the study of international relations, to examine how roles are contested in non-state actors.

National Role Conceptions in a New Millennium is the first attempt to delve into the individual motivations of states to seek role transition. As such, it is ideal for those teaching and studying both theory and method in international relations and foreign policy analysis.