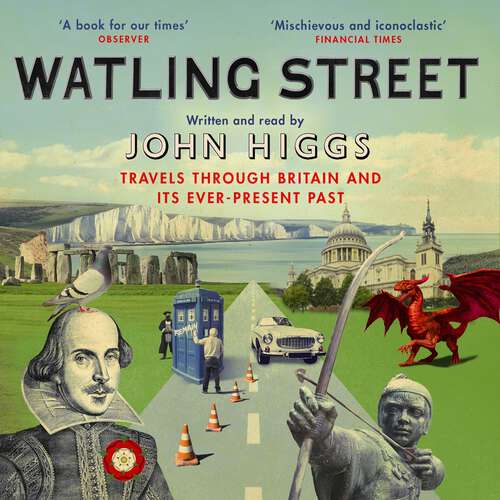 A journey along one of Britain's oldest roads, from Dover to Anglesey, in search of the hidden history that makes us who we are today.Long ago a path was created by the passage of feet tramping through endless forests. Gradually that path became a track, and the track became a road. It connected the White Cliffs of Dover to the Druid groves of the Welsh island of Anglesey, across a land that was first called Albion then Britain, Mercia and eventually England and Wales. Armies from Rome arrived and straightened this 444 kilometres of meandering track, which in the Dark Ages gained the name Watling Street. Today, this ancient road goes by many different names: the A2, the A5 and the M6 Toll. It is a palimpsest that is always being rewritten.Watling Street is a road of witches and ghosts, of queens and highwaymen, of history and myth, of Chaucer, Dickens and James Bond. Along this route Boudicca met her end, the Battle of Bosworth changed royal history, Bletchley Park code breakers cracked Nazi transmissions and Capability Brown remodelled the English landscape. The myriad people who use this road every day might think it unremarkable, but, as John Higgs shows, it hides its secrets in plain sight. Watling Street is not just the story of a route across our island, but an acutely observed, unexpected exploration of Britain and who we are today, told with wit and flair, and an unerring eye for the curious and surprising.Written and Read by John Higgs(p) Orion Publishing Group 2018