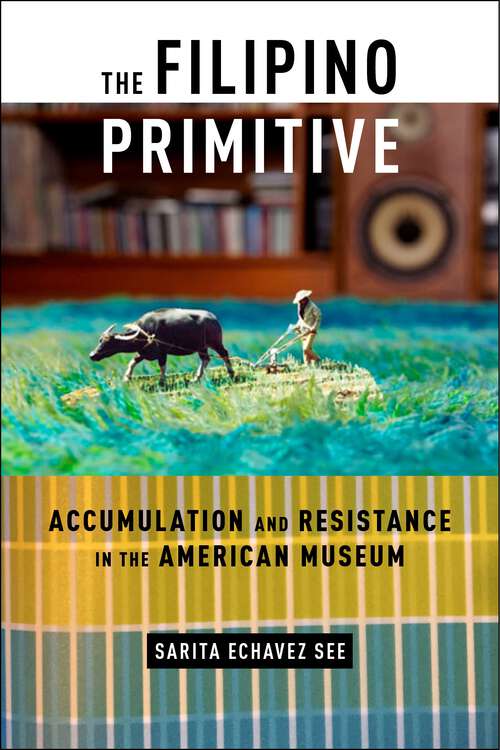 Sarita See argues that collections of stolen artifacts form the foundation of American knowledge production. Nowhere can we appreciate more easily the triple forces of knowledge accumulation—capitalist, colonial, and racial—than in the imperial museum, where the objects of accumulation remain materially, visibly preserved. The Filipino Primitive takes Karl Marx’s concept of “primitive accumulation,” usually conceived of as an economic process for the acquisition of land and the extraction of labor, and argues that we also must understand it as a project of knowledge accumulation.

Taking us through the Philippine collections at the University of Michigan Natural History Museum and the Frank Murphy Memorial Museum, also in Michigan, See reveals these exhibits as both allegory and real case of the primitive accumulation that subtends imperial American knowledge, just as the extraction of Filipino labor contributes to American capitalist colonialism. With this understanding of the Filipino foundations of the American drive toward power and knowledge, we can appreciate the value of Filipino American cultural producers like Carlos Bulosan, Stephanie Syjuco, and Ma-Yi Theater Company who have created incisive parodies of this accumulative epistemology, even as they articulate powerful alternative, anti-accumulative social ecologies.