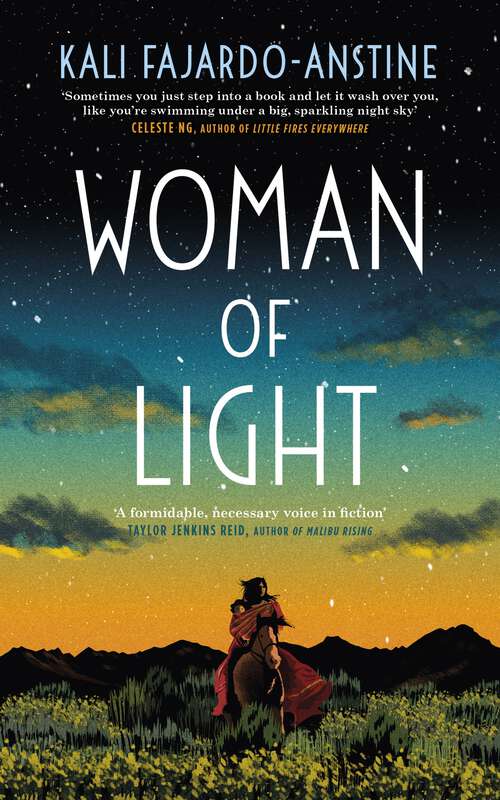 'Sometimes you just step into a book and let it wash over you, like you're swimming under a big, sparkling night sky' Celeste Ng, author of Little Fires Everywhere'A formidable, necessary voice in fiction' Taylor Jenkins Reid, author of Malibu RisingThere is one every generation, a seer who keeps the stories.Luz "Little Light" Lopez, a tea leaf reader and laundress, is left to fend for herself after her older brother, Diego, a snake charmer and factory worker, is run out of town by a violent white mob. As Luz navigates 1930s Denver, she begins to have visions that transport her to her Indigenous homeland in the nearby Lost Territory. Luz recollects her ancestors' origins, how her family flourished, and how they were threatened. She bears witness to the sinister forces that have devastated her people and their homelands for generations. In the end, it is up to Luz to save her family stories from disappearing into oblivion.Written in Kali Fajardo-Anstine's singular voice, the wildly entertaining and complex lives of the Lopez family fill the pages of this multigenerational western saga. Woman of Light is a transfixing novel about survival, family secrets, and love-filled with an unforgettable cast of characters, all of whom are just as special, memorable, and complicated as our beloved heroine, Luz.'Captivating' Mieko Kawakami, author of Breasts and Eggs'An absolutely glorious novel' Emma Straub, author of All Adults Here'A rare and wondrous kind of novel that assembles the universe from mere words' Gary Shteyngart, author of Lake Success