Indigenous Development in the Andes 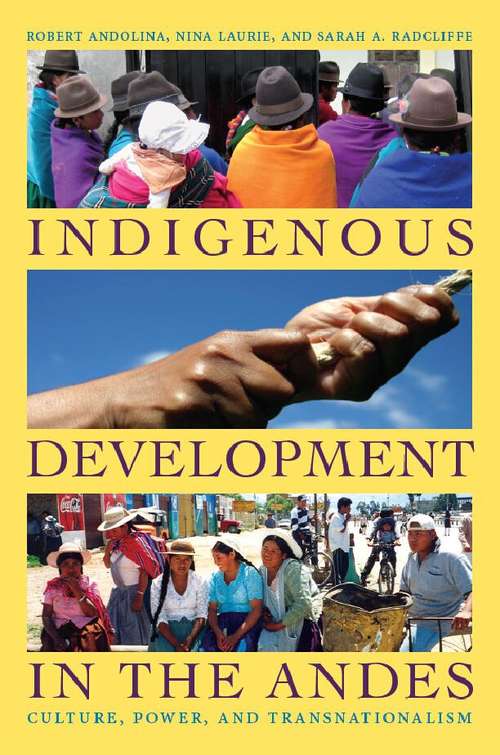 As indigenous peoples in Latin America have achieved greater prominence and power, international agencies have attempted to incorporate the agendas of indigenous movements into development policymaking and project implementation. Transnational networks and policies centered on ethnically aware development paradigms have emerged with the goal of supporting indigenous cultures while enabling indigenous peoples to access the ostensible benefits of economic globalization and institutionalized participation. Focused on Bolivia and Ecuador, Indigenous Development in the Andes is a nuanced examination of the complexities involved in designing and executing "culturally appropriate" development agendas. Robert Andolina, Nina Laurie, and Sarah A. Radcliffe illuminate a web of relations among indigenous villagers, social movement leaders, government officials, NGO workers, and staff of multilateral agencies such as the World Bank. The authors argue that this reconfiguration of development policy and practice permits Ecuadorian and Bolivian indigenous groups to renegotiate their relationship to development as subjects who contribute and participate. Yet it also recasts indigenous peoples and their cultures as objects of intervention and largely fails to address fundamental concerns of indigenous movements, including racism, national inequalities, and international dependencies. Andean indigenous peoples are less marginalized, but they face ongoing dilemmas of identity and agency as their fields of action cross national boundaries and overlap with powerful institutions. Focusing on the encounters of indigenous peoples with international development as they negotiate issues related to land, water, professionalization, and gender, Indigenous Development in the Andes offers a comprehensive analysis of the diverse consequences of neoliberal development, and it underscores crucial questions about globalization, governance, cultural identity, and social movements.