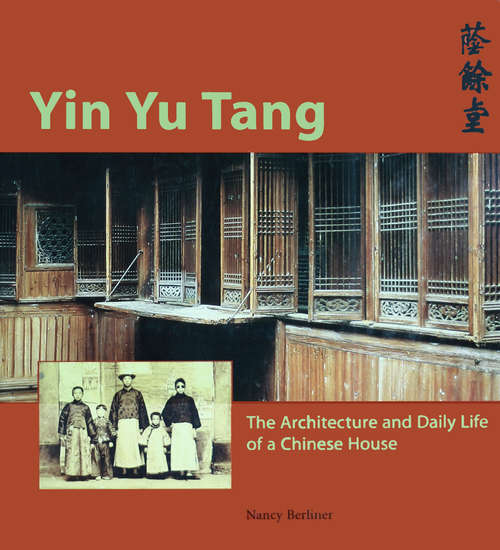 In the late Qing dynasty (1644-1911) a Chinese merchant named Huang built a house for his family in a small, remote village in the southeastern region of Huizhou in China's Anhui Province. He named the house Yin Yu Tang. For seven generations, members of the Huang family ate, slept, laughed, cried, married, and gave birth in the house. By the mid-1990s, the surviving Huang family members moved away leaving the house empty and abandoned. In 1997 the house was moved to the Peabody Essex Museum in Salem, Massachusetts, and opened as a permanent exhibit.Yin Yu Tang provides a fascinating, in-depth look at Chinese domestic culture, architecture, craftsmanship, history, and the impact of these influences on individual lives. Nancy Berliner, one of the country's foremost experts on Chinese furniture and arts, takes the reader on a tour of this unique homestead providing detail on Yin Yu Tang's architecture, construction methods, decoration, furniture, and family heirlooms. She weaves a story of Chinese domestic life, culture, and the remarkable restoration and reconstruction at the Peabody Essex Museum in America.