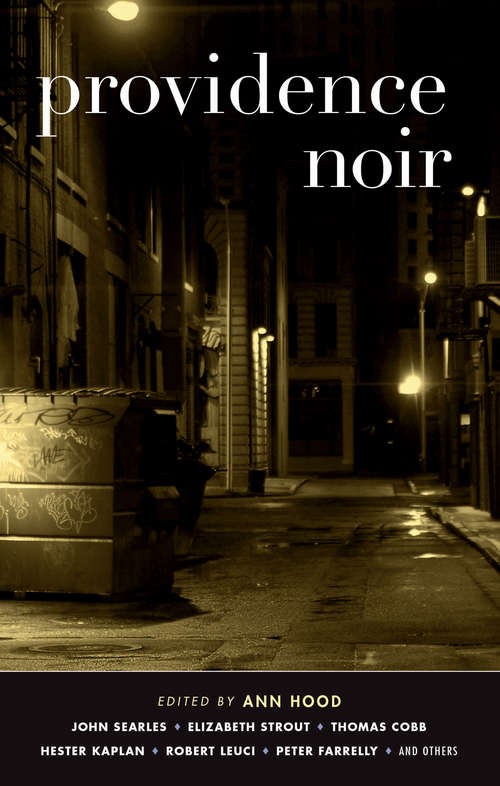 "John Searles's 'The Pig' combines a touching examination of pathos and mystery. Robert Leuci's 'The Vengeance Taker' is a powerful and ultimately creepy story of earned revenge. LaShonda Katrice Barnett's 'Waltz Me Once Again' is a compelling story of violence and tragedy. Thomas Cobb performs the remarkable feat of making a simple round of golf into a surprisingly suspenseful tale, '$1,000 Nassau.' And Peter Farrelly's 'The Saturday Night Before Easter Sunday' closes out the volume with a superb--and hilarious--inside look at the world of novelists, phonies, publishers, and schemers."--Publishers WeeklyAkashic Books continues its groundbreaking series of original noir anthologies, launched in 2004 with Brooklyn Noir. Each story is set in a distinct neighborhood or location within the city of the book.Featuring brand-new stories by: John Searles, Elizabeth Strout, Taylor M. Polites, Hester Kaplan, Robert Leuci, Amity Gaige, Peter Farrelly, Pablo Rodriguez, Bruce DeSilva, Marie Myung-Ok Lee, Luanne Rice, Dawn Raffel, Thomas Cobb, LaShonda Katrice Barnett, and Ann Hood.Anyone who has spent time in Providence, Rhode Island, knows that lurking in the shadows are many sinister noir elements and characters. The city is ripe for this volume, and Akashic is proud to have recruited the amazing Ann Hood as editor. The impressive contributor list conveys the caliber of Providence Noir, which joins Cape Cod Noir, Boston Noir, and Boston Noir 2: The Classics in sketching a dark and alternative portrait of these New England locales.From the introduction by Ann Hood:"Providence was founded in 1636 by a rogue named Roger Williams. Williams escaped here when Massachusetts was ready to deport him back to England. In the almost four hundred years since, we've become infamous for all sorts of crimes and misdemeanors, including serving as home base for the Patriarca crime family for decades. My very own Uncle Eddie--I can hear Mama Rose screaming at me: 'He wasn't a blood relative! He was related through marriage!'--was gunned down in the Silver Lake section of town in 1964, just a year after he drove me in his white Cadillac convertible in a parade as the newly crowned Little Miss Natick. The writer Geoffrey Wolff told me that once he went to a barber in Princeton, New Jersey and the barber asked him where he was from. 'Providence,' Wolff told him. The barber put down his scissors, raised his hands in the air, and said, 'Providence? Don't shoot!'"I've asked fourteen of my favorite writers to contribute short stories to Providence Noir. We have stories to make you shiver, stories to make you think, stories that will show you my beautiful, noirish city in a way it's never been highlighted before."