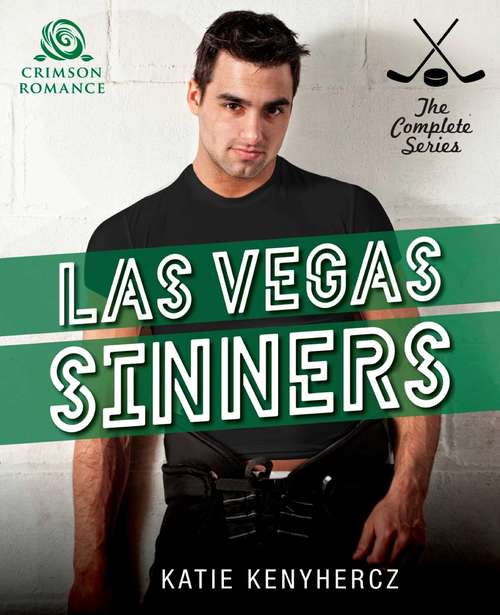 Lace up your heart and skate into the turbulent world of the Las Vegas Sinners hockey team, as five handsome, competitive, irresistible athletes discover that love just might be the most intoxicating win of all.On the Fly: Jacey Vaughn has a newly minted MBA when her father dies unexpectedly and leaves her his NHL team. She knows business, not hockey, but it doesn't take her long to recognize that her flirtation with team captain Carter Phlynn is a danger to her professional reputation. Can she win love and the Stanley Cup, too?Full Strength: When an injury derails goalie Shane Reese, he takes it badly, and the new team shrink, Allie Kallen, has to help him get his head back on straight. Allie sees through his bravado to the real fear beyond it - and what she sees reminds her of the past she's running from. Falling in love isn't in their plans, but they can't keep their emotions on ice.Winning Streak: Saralynn Reese's first big assignment as head of public relations for the Las Vegas Sinners is to clean up the media messes of the team's assistant general manager, Madden Vaughn. He's flirty, impulsive, and self-centered; he also happens to be drop-dead gorgeous. But there's more to Maddie than his Ralph Lauren exterior, and when a gambling addiction spins his world out of control, Saralynn may be the only one with the right sass to save his reputation, and his heart.Home Ice/: A broken ankle derailed Lorelai Kelly's Olympic dream, so she's starring in the Sin City on Ice show to make ends meet and focus on a comeback that keeps eluding her grasp. Dylan Cole, the NHL's leading scorer, breathed new life into a dying sport in the States, but now the captain of the Vegas Sinners team is feeling the pressure. America's ice princess might be the only one who understands his current slump - but Dylan's way of expressing thanks could undermine everything Lori has worked for. Can two people who spend their lives on the ice thaw just enough to let each other in?Fair Trade: A surprise trade to the Sinners gives Grayson Gunn one last chance at the Cup before he hangs up his skates, and nothing will stand in his way, not even the injuries that send him to the team's pretty new doctor. Dr. Olivia Parker's professional focus has lost her countless personal relationships, and she's not ready for her gorgeous new patient to show her everything she's been missing. Could a shot at real love be worth risking her ethical code?Sensuality Level: Sensual