Introduction to Sofic and Hyperlinear Groups and Connes' Embedding Conjecture 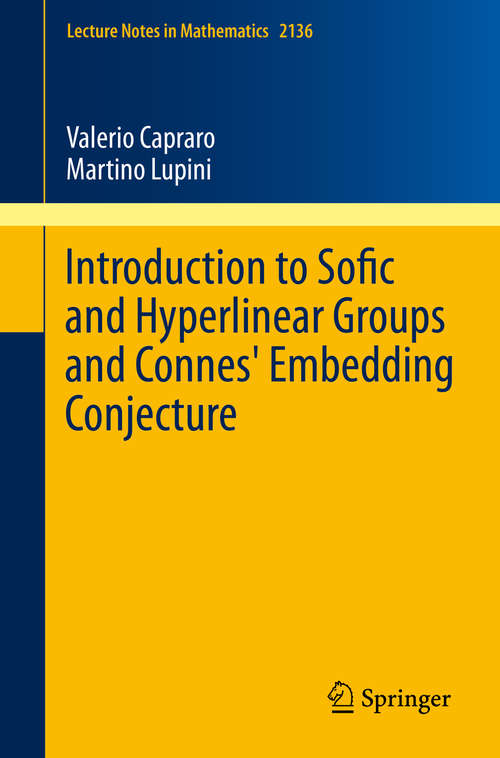 This monograph presents some cornerstone results in the study of sofic and hyperlinear groups and the closely related Connes' embedding conjecture. These notions, as well as the proofs of many results, are presented in the framework of model theory for metric structures. This point of view, rarely explicitly adopted in the literature, clarifies the ideas therein, and provides additional tools to attack open problems. Sofic and hyperlinear groups are countable discrete groups that can be suitably approximated by finite symmetric groups and groups of unitary matrices. These deep and fruitful notions, introduced by Gromov and Radulescu, respectively, in the late 1990s, stimulated an impressive amount of research in the last 15 years, touching several seemingly distant areas of mathematics including geometric group theory, operator algebras, dynamical systems, graph theory, and quantum information theory. Several long-standing conjectures, still open for arbitrary groups, are now settled for sofic or hyperlinear groups. The presentation is self-contained and accessible to anyone with a graduate-level mathematical background. In particular, no specific knowledge of logic or model theory is required. The monograph also contains many exercises, to help familiarize the reader with the topics present.