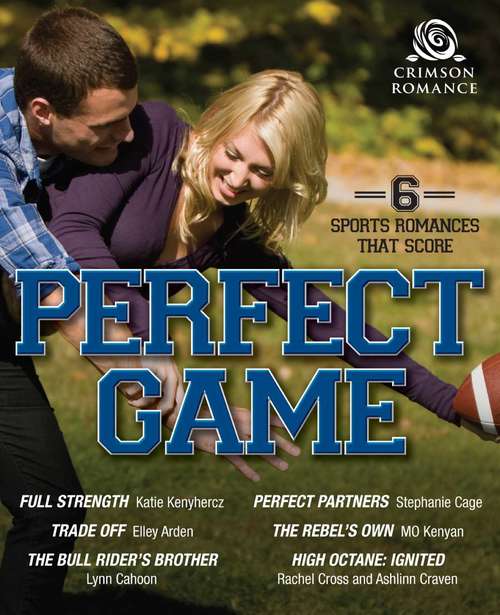 Playing the field comes easy to these six successful athletes who are at the top of their games, but lasting love is harder to find. Watch them meet their perfect matches in these adrenaline-fueled sports romances. Are you game?Full Strength: When an injury derails goalie Shane Reese, he takes it badly, and the new team shrink, Allie Kallen, has to help him get his head back on straight. Allie sees through his bravado to the real fear beyond it--and what she sees reminds her of the past she's running from. Falling in love isn't in their plans, but they can't keep their emotions on ice.Trade Off: Traded and jaded, catcher Ben Border is considering stepping out from behind the plate...until he runs into former flame Scarlett Dare. The sexy marketing executive still sends him into a fever pitch, but is she willing to trade Fortune 500 success for a happily ever after?The Bull Rider's Brother: Lizzie Hudson is enjoying a rodeo weekend to start her summer when James Sullivan, the cowboy who got away, walks back into her life. Can he learn to redefine family before she gives up on him and marries another?Perfect Partners: London's latest hit dance competition television show throws Lisa Darby and Redmond Carrington into each other's arms. The problem? They're former flames who aren't looking for a repeat performance. Can they stay in step with their goals and ahead of their past?The Rebel's Own: In high school, a cruel prank left shy Kennedy Bailey pregnant and alone. Now grown-up and gorgeous, she won't let anything stop her from saving her five-year-old son's life when he's diagnosed with leukemia. Even if it means confronting his father, NFL quarterback Ryan Carville, who just wants a second chance to show he's a man worth loving.High Octane: Ignited: Cassidy Miller was living her dreams as an EMS helicopter pilot, but it all came crashing down. The last thing she needs is to get involved with a British Formula One driver who thrives on risk. Sexy daredevil Ronan Hawes has no room in his life for anything but winning. From Brussels to Abu Dhabi, Texas to Germany, their relationship navigates the dangerous turns of life, love, and racing.Sensuality Level: Sensual