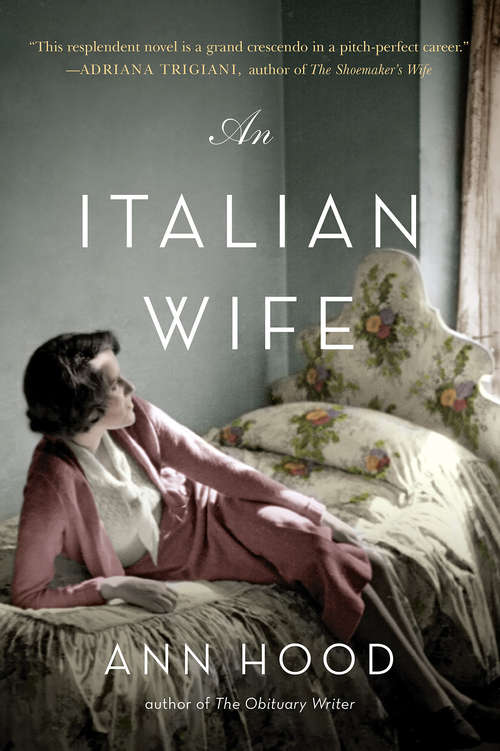 From the best-selling author of The Obituary Writer, the stirring multigenerational story of an Italian-American family.

An Italian Wife is the extraordinary story of Josephine Rimaldi--her joys, sorrows, and passions, spanning more than seven decades. The novel begins in turn-of-the-century Italy, when fourteen-year-old Josephine, sheltered and naive, is forced into an arranged marriage to a man she doesn't know or love who is about to depart for America, where she later joins him. Bound by tradition, Josephine gives birth to seven children. The last, Valentina, is conceived in passion, born in secret, and given up for adoption.

Josephine spends the rest of her life searching for her lost child, keeping her secret even as her other children go off to war, get married, and make their own mistakes. Her son suffers in World War One. One daughter struggles to assimilate in the new world of the 1950s American suburbs, while another, stranded in England, grieves for a lover lost in World War Two. Her granddaughters experiment with the sex, drugs, and rock-and-roll in the 1970s. Poignant, sensual, and deeply felt, An Italian Wife is a sweeping and evocative portrait of a family bound by love and heartbreak.