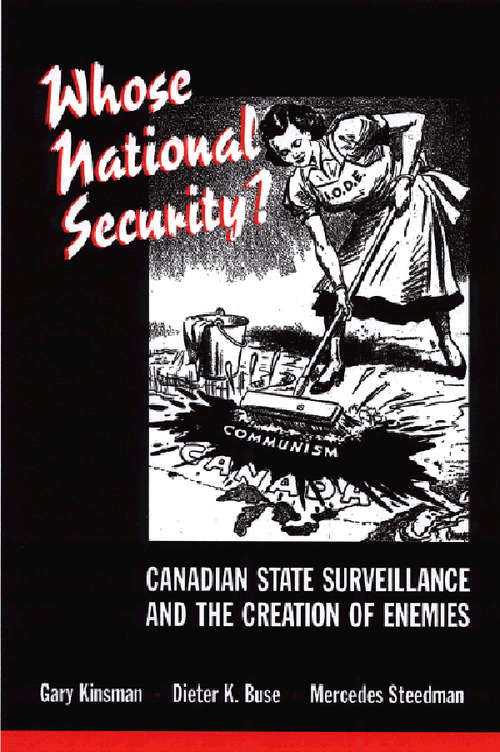 The establishment of a tenacious Canadian security state came as no accident. On the contrary, the highest levels of government and the police, along with non-governmental interests and institutions, were involved in a concerted campaign. The security state grouped ordinary Canadians into dozens of political stereotypes and labelled them as threats.

Whose National Security? probes the security state’s ideologies and hidden agendas, and sheds light on threats to democracy that persist to the present day. The contributors’ varied approaches open up avenues for reconceptualizing the nature of spying.

* "The Red Petticoat Brigade: Mine Mill Women's Auxiliaries and the Threat from Within, 1940s-70s," Mercedes Steedman

* "In Whose Public Interest? The Canadian Union of Postal Workers and National Security," Evert Hoogers